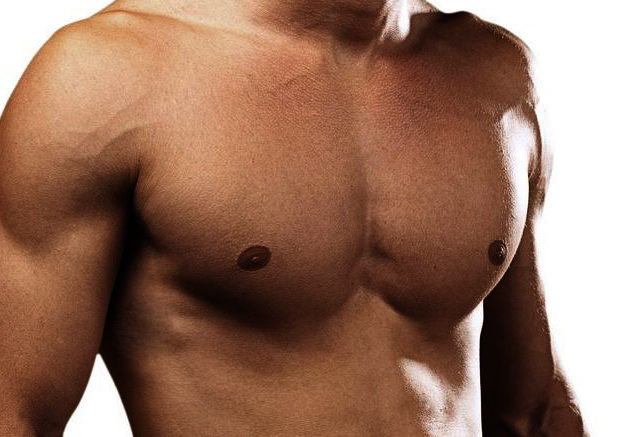 Cancer does not discriminate, but when it comes to breast cancer the public’s perception is distinctly female.

Pink ribbons aside, while the disease is rarer in men it does still occur, with 167 Australian men estimated to be diagnosed in 2020, according to the Australian Institute of Health and Welfare.

Of those, 33 are expected to die, prompting specialists like Dr Ling to work harder to change perceptions and improve outcomes for men.

And with Wyong the cancer capital of the Coast (rates of all forms of cancer are 20 per cent above the state average, according to the Torrens University Public Health Information Development Unit Cancer Atlas 2017), men living on the Coast’s North are being urged to educate themselves on what to look out for.

Just like in women, men can develop breast cancer when cells in their breast tissue grow abnormally.

Symptoms are also similar between the genders, with lumps, thickening or dimpling of breast skin, changes in shape of the breast or nipple, discharge, swollen lymph nodes and general pain in the area, are all tell-tale signs of breast cancer for both.

Likewise, many of the causes are also the same with increasing age or a family history common factors for both men and women.

But causes distinct to men do exist.

They include high oestrogen levels and the presence of Klinefelter’s Syndrome – a rare condition where men have two X chromosomes and one Y chromosome.

Lifestyle factors such as diet, activity levels and weight also significant contributors to a person’s potential to develop breast cancer.

According to Dr Ling, many of these triggers were red flags in the region’s overall health snapshot.

For men the issue is further clouded by a common ‘not me’ attitude.

“Although breast cancer is far more common in women, men who do get it often present with more advanced staged cancer, with the average time from symptoms to diagnosis 19 months,” Dr Ling explained.

Diagnosis of breast cancer in men is the same as it is for women; mammograms, breast ultrasounds and biopsies, with the main form of treatment for male breast cancer full mastectomy.

With the Coast a perfect storm for all forms of breast cancer: 68 per cent of the population considered overweight or obese, 21 per cent over the age of 65 and one in three drinking alcohol in volumes considered harmful to long term health; Dr Ling’s advice to men with breast concerns is to consult their GP.

“Nearly 80 per cent of all breast cancer in Australia is diagnosed at 50 plus, with the average age of diagnosis 62 for women and 70 for men.

“It’s important to act on symptoms straight away or cancer may become advanced tumours later down the track,” Dr Ling said.

“In fact, one in six breast cancers have non-lump symptoms, so watch for spontaneous nipple discharge, a sunken nipple and dimpling or ‘orange peel’ appearance of the skin.”

Good News, Out & About

Cancer survivor Rebecca is So Brave