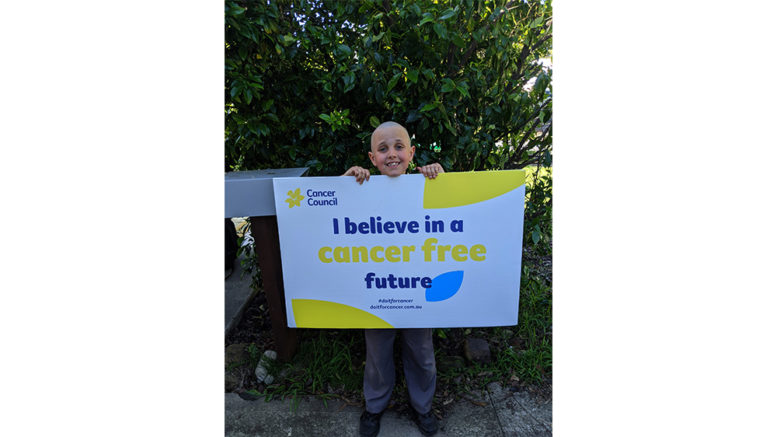 On November 6, Roha’s Principal, Michael Burgess, did the first shave which was a reverse mohawk.

Mother Kate Lord said the shave was broadcast on the school’s Facebook page for the rest of the school community to see.

“Rohan had some of his past teachers as well as the Principal shave his head.

“He was very excited leading up to the day, he just wanted to get it done.”

Last November, Rohan was diagnosed with leukaemia and underwent treatment at Westmead hospital, which included losing his hair.

He successfully beat the illness and wants the money raised to go towards finding a way to cure cancer without having to have chemotherapy and lose your hair.

“Rohan enjoyed the experience as he had everyone watching,” Lord said.

“But now the hair is coming back he is feeling more comfortable.”

To donate head to www.doitforcancer.com.au/fundraisers/rohanlord/rowans-fundraiser