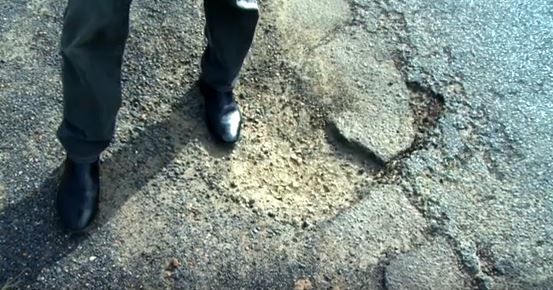 I am quite disgusted by the poor performance of Central Coast Council in maintaining safe roads and their ability to spend money wisely when maintaining the roads.

They have been using a “jet patcher” machine unsafely for years despite my warnings that the fine gravel it leaves behind is a serious hazard, especially to motorcycles and bicycles.

This disgraceful mess is like small ball bearings and is never swept up.

Even the Mayor agreed with my complaint, but the problem persists many months after.

This method of roughly attempting to repair potholes needs to be discarded and improved immediately.

As a motorcyclist, bicycle rider and car driver of many years’ experience, I have never seen anything more negligent in my life when it comes to road maintenance.

Does someone need to die as a result before this is corrected?

My second complaint is how Council decides which roads to repair as priority.

An example is Lakedge Ave, Chittaway Bay, between Chittaway Rd and Platypus Rd, which has been in a disgusting state for many years.

Other roads such as Aston Wilde Ave and Kingsford Smith Dr, which were in much better condition, in fact good condition by comparison, get resurfacing with good quality asphalt, while Lakedge Ave continues to receive poor patchwork.

It is probably one of the worst roads in the area, yet it carries a lot of traffic compared to the other roads I have mentioned.

I would love to read a Council explanation to these issues in this Forum because it appears to me that they cannot respond to my previous complaints appropriately and they also cannot use our funds appropriately.

I am not sure what to think, is it incompetence, mismanagement or corruption?