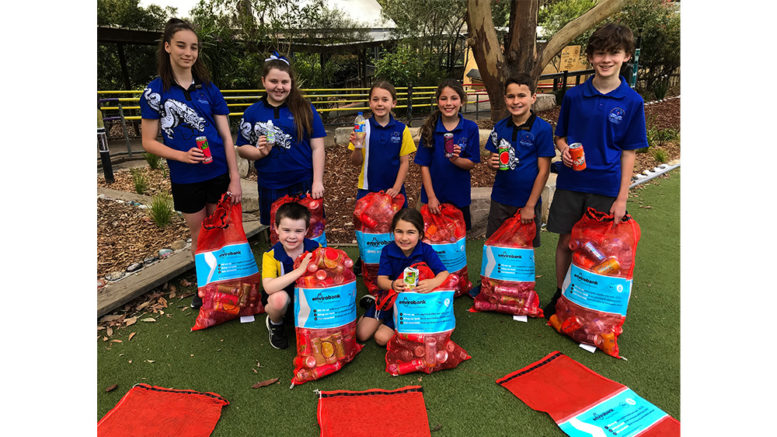 Four local schools will be doing their part to save lives as well as the planet this National Recycling Week (NRW, November 9-13) by collecting bottles and cans to raise money for Surf Life Saving NSW.

Wyong Creek, Tuggerah , Brooke Avenue Public Schools and Wadalba Community School are to participate in the fundraising with every can and bottle collected by students returning 10 cents to Surf Life Saving NSW to pay for vital equipment and water safety education programs.

“The future is in our kids’ hands.

“National Recycling Week is a great time to remind kids about the importance of recycling and keeping our oceans clean.

SLS NSW CEO, Steve Pearce, said the partnership with Envirobank was a win-win for schools, SLS NSW and the environment and he thanked the 11 schools across the state that have signed on for the fundraising program.

Tuggerah Public School’s recycling efforts are being spearheaded by Teacher and Environment Committee Leader, Maria Murphy, and according to her, the school is well on its way.

“We received 43 Envirobank bags to fill as part of the initiative and as of November 10, we’ve managed to fill 15 bags already, so it’s a good start for us.”

The school has utilised coll ection drives with its canteen to collect as many recyclables as it can and is also engaging with the wider school community to get involved.

“We have until next week to collect as many 10c labelled recyclables as we can and the community can help us by calling the school to arrange a drop off of cans, bottles and other appropriate recyclables,” Murphy said.

Going Dry in July to help locals living with cancer