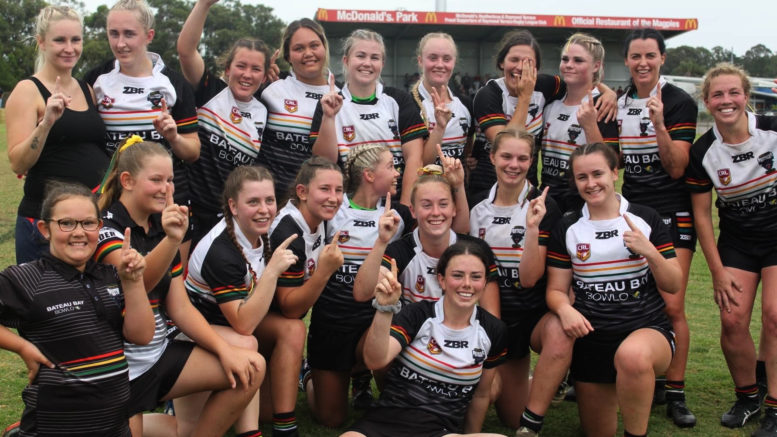 The Berkeley Vale Panthers have pounced on their third successive Newcastle Rugby League Premiership, after toppling the Aberglasslyn Ants 24-14 in the grand final of the Women’s Tackle Competition.

The competition’s undisputed top seed rivals, Berkeley Vale entered the grand final with something to prove after the Ants beat them in their last two encounters, and that determination showed from the jump, with the Lady Panthers taking a commanding 10-nil lead early in the piece.

But the undeterred Ants fought back hard, equalising at halftime to set up a thrilling second half decider.

With both sides scoring early in the half, the Panthers held onto a miniscule 16-14 lead before they unleashed, racking up a flurry of unanswered points to claim this year’s premiership in a sensational display of elite footy.

The result sees the Lady Panthers record their third straight minor and major premierships, heartening news for their club, which was rocked by the cancellation of the Central Coast competition earlier this year.

Panthers’ President, Ken Smith, said it was a result that players should be proud of and one that builds on the club’s reputation as a proving ground for female talent.

“The girls played great footy from the jump and finished off strongly.

“Coaches, Nathan Anderson and Donna Sutton, were also phenomenal all season and should be proud of all that they’ve achieved,” Smith said.

As the Coast’s only women’s tackle club and feeder club to the Central Coast Roosters, Smith said the Panthers would continue to be a leader for the women’s game in the region.

“This result shows the strength of the women’s game, especially in light of the challenges that Covid presented, and we are hopeful that next year will be even better,” Smith said.

Now into their offseason, Smith said that the Lady Panthers had upcoming NSW Rugby League Country Championship trials to consider, with the club now awaiting word on what next year’s season will look like across the board.