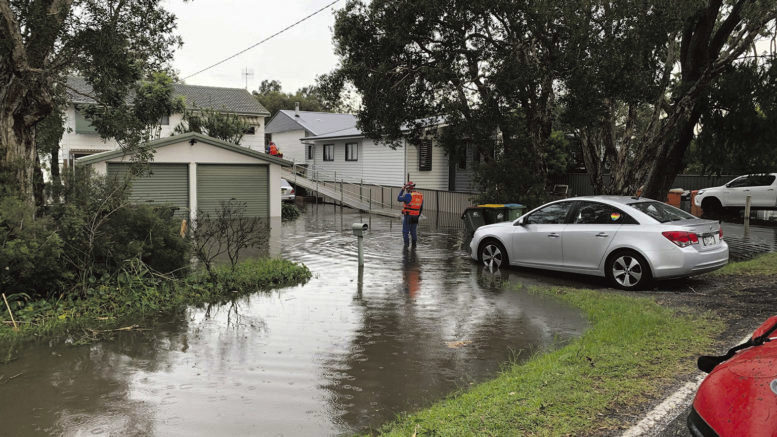 Terrigal was the most affected suburb on the Central Coast during last year’s storm season, according to new statistics from the NRMA.

Residents are being warned to get their homes prepared with heavy rains predicted for the Central Coast through to the end of summer thanks to La Nina.

NRMA Insurance claims for the 2019-20 financial year show that the Central Coast was the fourth most impacted region in the state with more than half of home claims made during the year due to storm damage.

NRMA Insurance said community research conducted in October this year revealed that 62 per cent of NSW residents are worried severe weather such as storms are becoming more frequent and intense, with 85 per cent claiming they are experiencing “storm stress”, yet only 35 per cent have taken steps to prepare.

NRMA Insurance is partnering with the NSW SES in a bid to encourage residents to prepare for storms early.

“The fact that over a million households in NSW may not be prepared for severe weather and dangerous storms this summer is a major concern.

“We urge residents to get ready for storms by clearing their gutters and downpipes.

“Gutters are one of the first parts of your home to flood in a storm so taking time now to prepare could make a big difference when a storm hits.”

“Our volunteers are always ready to spring into action and help when needed,” York said.

“But it is equally important that communities do their part to make sure they themselves are prepared.

“Simple steps like removing loose items from your front and back yards, keeping cars away from trees and powerlines, or undercover where possible, and being equipped with an emergency kit can make all the difference.”