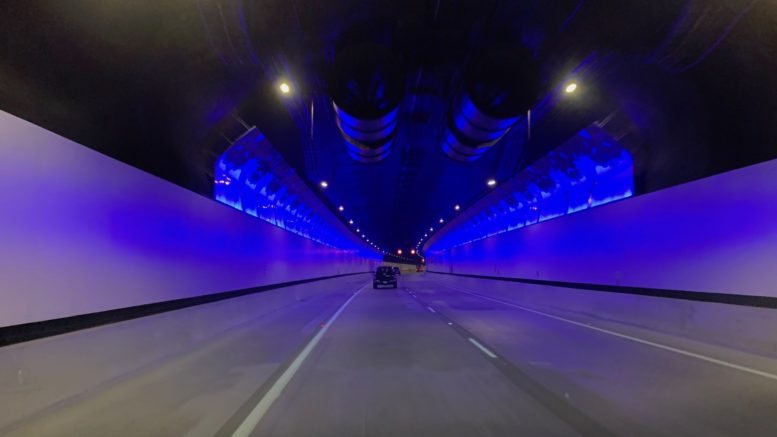 The NorthConnex tunnel opened on the October 31, 2020.

After months of waiting, Central Coast motorists will be relieved to hear that the time-saving NorthConnex tunnel will be open to drivers from October 31.

Commuters have been anxiously awaiting the opening of the $3B mega-project which will reduce travel times to Sydney by up to 15 minutes and allow them to avoid 21 sets of traffic lights along Pennant Hills Rd.

More than 17,000 people have been involved in delivering NorthConnex since major construction began.

Member for Robertson, Lucy Wicks, said NorthConnex is designed to the highest safety standards, built and fitted with the latest technology to keep drivers safe.

“With construction complete, the final commissioning has almost wrapped up, with more than 50,000 tests and checks done so far to ensure the motorway is ready to open.

“This is one of the most significant and eagerly anticipated road infrastructure projects ever delivered in Australia.

“It has not only provided thousands of jobs during construction, but it will change the way people commute to and from work each day.”

NorthConnex will be the first road tunnel in Australia to include innovative lighting features, including trees, starscapes and birds, aimed at keeping drivers engaged.

The opening will see up to 5,000 trucks a day removed from Pennant Hills Rd, regularly voted one of the most congested roads in NSW, Wicks said.

Meanwhile, NSW Labor Leader Jodi McKay is calling on Liberal MPs who represent the suburbs slugged hardest by tolls on the new tunnels, including Member for Terrigal and Parliamentary Secretary for the Central Coast, Adam Crouch, to explain why they didn’t support a Labor bill calling for a toll-free period.

NorthConnex is set to cost cars $7.99 and trucks $23.97 each way, with no alternative route available to truck drivers.

“Sydney’s growing toll network is the most expensive and extensive in the world,” McKay said.

“Tolls are a heavy burden for both commuters and the transport industry during a recession.

“Workers, families and businesses are all struggling.”

Shadow Roads Minister John Graham said a toll-free period would have given “much-needed relief in a recession” and helped drivers adapt to the new route, reducing the risk of dangerous, last-minute lane changes.

But Parliamentary Secretary for the Central Coast Adam Crouch said NorthConnex would transform travel between the Central Coast and Sydney and motorists will always have a choice to use the new tunnel or continue using Pennant Hills Rd.

A Transport for NSW spokesperson said NorthConnex would be tolled when it opens, consistent with the opening of the New M4 Tunnels and the M8.

Local business gifts a floor to a family in need

Council’s water plan under the pump