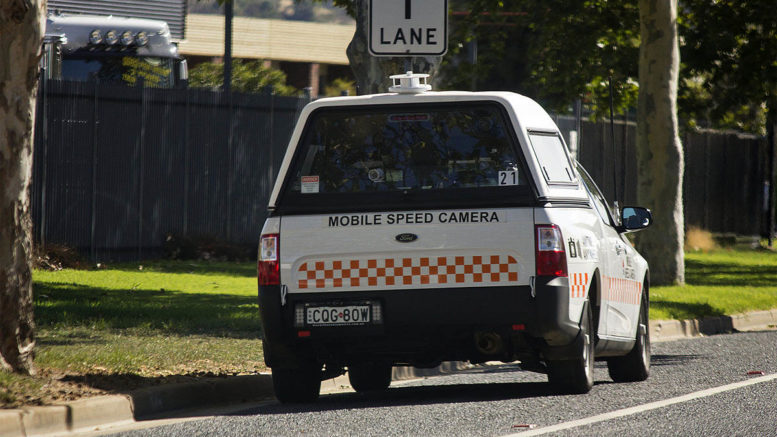 Labor MPs on the Central Coast have criticised the NSW Government’s decision to remove all warning signs for mobile speed cameras across the state, saying the move is more about revenue than safety.

This means signs placed 250 metres and 50 metres ahead of mobile speed cameras will go.

“Speed cameras were originally supposed to be for Black Spot areas to slow people down to safe speeds; we know that’s not the case with mobile cameras,” Harris said.

“The NRMA has urged the Government to reconsider its decision and said signs are essential to educate drivers and prevent road deaths.

“It’s a well-known fact that having signage out there draws attention to something and that changes driver behaviour.

“I support any measure which reasonably makes our roads safer, but this measure assumes all people will suddenly drive slower because of a fear of getting fined; we know that’s not the case because it’s not human nature.

“I just believe that taking those signs away, having concealed vehicles hidden on the sides of footpaths, is an easy way for governments to raise revenue,” he said.

“This is about revenue raising and propping up the budget,” Tesch said.

“The Government is blatantly disregarding expert advice from the NRMA, and even their own Members.

“The Liberals are thinking about dollars and cents and budget blowouts, not the safety of NSW motorists.”

Parliamentary Secretary for the Central Coast and Member for Terrigal, Adam Crouch, said drivers should not be worried if they are already following the rules.

“We’ve seen how the mobile phone detection camera program has already changed behaviours when it comes to mobile phone use,” Crouch said.

“No warning signs mean you can be caught anywhere, anytime and the NSW Government wants to see that same result with mobile speed cameras.

“If you are obeying the speed limit you have nothing to worry about.”

There are over 30 mobile speed cameras on the Central Coast.

Transport for NSW Deputy Secretary for Safety, Environment and Regulation, Tara McCarthy, said the reason behind the decision is the number of speed-related crashes seen in NSW.

“The Mobile Speed Camera program is being enhanced and brought into line with how other Australian jurisdictions run their programs and better practice,” McCarthy said.

“The changes to the mobile speed camera program will directly benefit regional drivers with any additional funding generated to be used to accelerate the roll-out of life-saving road safety projects, through the NSW Community Road Safety Fund.

According to Independent modelling from Monash University Accident Research Centre supplied by Transport NSW, between 2015 and 2019, 27 people have died, and 831 have been seriously injured in crashes involving excessive or inappropriate speed in the electorates of Gosford, Terrigal, Wyong and The Entrance.

Shadow Minister for Roads, John Graham, believes the timing of the announcement is important to note.

“The fact this measure was announced in a budget week tells you it is about revenue, not road safety,” he said.

“Fines will leap a third higher as a result of this measure.”

Graham said NSW Government revenue from fines is forecast to rise from $651M this year to $864M next year, a rise of more than 32 per cent.