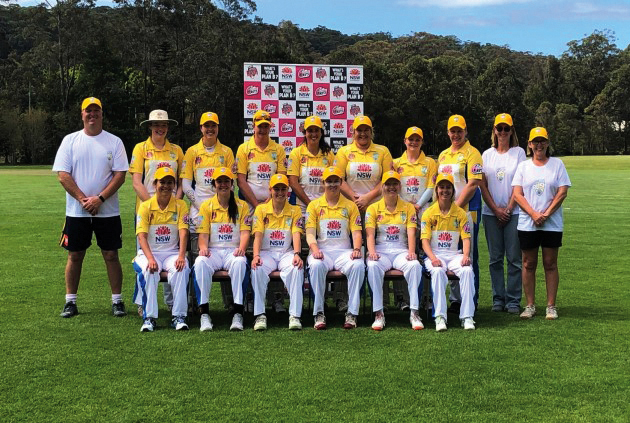 Central Coast Rush has had a disappointing day in Cricket NSW’s Regional Bash, with both the Men’s and Women’s teams suffering defeats at Scone on Sunday, November 1.

In the first match of the day, the Rush Men lost the toss and were sent in to bat by Lake Mac Attack at the Bill Rose Sporting Complex.

After a positive start led by Ben Cohen, the Rush fell into a hole, losing 5-20, to leave them in trouble at 5-46.

But a 37-run partnership between Ryan Fenning and Dylan Robertson got momentum back on the Rush’s side, before they fell a couple of balls apart.

However, the Lake Mac batsmen set a good platform before Skipper, Chris Archer, came into the game taking a wicket and then a runout from Brett Russell, to bring the Rush into contention.

Despite some poor fielding, the Rush fought hard to stay in a competitive position and when they took their fifth wicket, the equation was 32 off 24 balls.

But it was a former Central Coast player, Brendan Charlton, who cleared the boundary on two occasions to put the game back into Lake Mac’s favour.

Lake Mac passed the total with the loss of six wickets, with nine balls remaining.

Archer was the pick of the bowlers with two wickets, while Dylan Robertson also took two.

The Rush Women won their toss and elected to field with rain on the horizon.

The Rush got off to a flying start, taking two wickets in the second over from Jacinta Crawford, with some brilliant fielding from the team which restricted the Northern Inland Bolters to 5-45.

Another partnership developed, but two quick wickets saw the Rush on top again.

A short rain delay halted their momentum and when they resumed play, the Bolters finished their 20 overs 9-95.

Crawford was the pick of the bowlers with three wickets, while Elissa Andrews also picked up two wickets.

Despite losing an early wicket, the Rush started their innings off well with Rochelle Davis and Bec Callan putting a lovely partnership together before rain halted play 10 overs in.

After the resumption, the two went about their business, but with scoreboard pressure playing a part, Callan and Davis, were both dismissed within a couple of balls of each other, and some tight bowling saw the Bolters claim a 10 run victory.

Not the result that both teams were looking for.