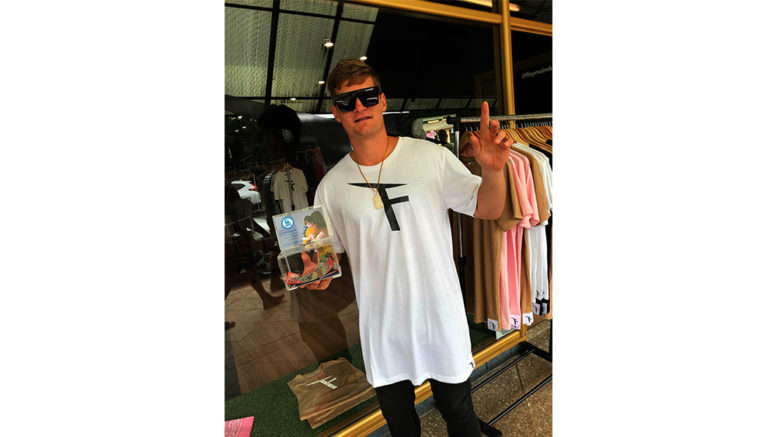 The owner of a new clothing store at Terrigal, Mitch Connelly, is giving back to the charity which helped him during his youth, donating $2 of every sale he makes in December to Coast Shelter.

The store, Flayme Industries, which sells streetwear, has been a 10-year dream for Connelly who said seeing its doors opening last month was a rewarding feeling.

“I have wanted to start a business for a long time, so over the years, I have been slowly organising things for it and getting it sorted,” Connelly said.

“Starting a business is hard as it has been a little slow, but I strongly feel like Christmas is going to be huge.”

Connelly was in and out of home between the ages of 15 and 19, spending most of those years living in Coast Shelter refuges.

“During December, $2 of every purchase through the business will go towards Coast Shelter to help mainly homeless youth,” he said.

“The workers from Coast Shelter got me through a tough period, so I would love to give back to the people who are in the same situation.

“Since then, I have been pretty heavily involved with Coast Shelter.

“Ever since they were going to close down a few years back I have been involved with campaigning for them.”

On the day of his opening, Connelly donated $100 to the not-for-profit and said he will always have a permanent box set up in store for donations.

“If people were struggling before this, they would definitely be struggling now because of COVID,” he said.

“It is obvious that if there is less economic wealth, this is going to affect everyone on that bottom end, meaning there could start to become more abuse and family issues.

“In regard to homelessness, I think a lot of the services would be full at the moment, so any help they can get will help people who are suffering.”