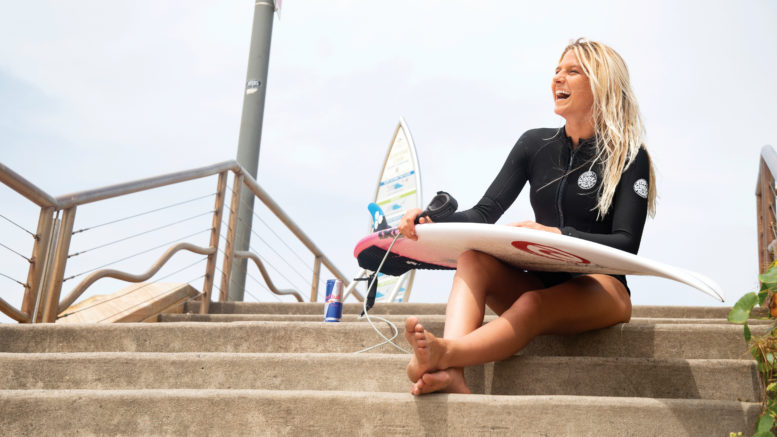 Celebrating the past, inspiring the future, that’s the motto of Sport Australia Hall of Fame’s (SAHOF) Scholarship and Mentoring Program, and Shelly Beach’s Molly Picklum is seeing it first hand.

The surfing star on the rise has been named one of the program’s 2021 Tier 1 Scholars, receiving $10,000 to put towards her sporting endeavours, as well as an amazing mentor in water polo legend, Debbie Watson.

Winner of the 2020 Australian Surfing Rising Star Award and named Surfing Life’s number one Junior Female in the ‘Hottest 100 Talent’, Picklum is regarded as one of Australia’s most exciting up and coming talents and has been making waves both locally and internationally after winning the 2019 World Surf League (WSL) Australia/Oceania Junior Championships.

Now competing in the WSL Qualifying Series with the hopes of making it to the big leagues in the WSL Championship Tour, her scholarship could not have come at a better time, with the high school graduate now looking to focus full time on growing her surfing career.

And on that front, she could not have gotten a better mentor, with Watson knowing a thing or two about what it takes to get to the top.

Arguably the finest women’s water polo player that Australia has produced, Watson is one of the only female water polo players to have won gold at the World Cup, World Championship and Olympic levels.

“I was so excited to hear that my SAHOF Scholarship Application was successful.

“Being able to receive one-on-one mentoring from a sporting great, especially someone like Debbie Watson, will be so valuable for me at this stage of my career.

“I feel very lucky to be a Scholarship Recipient and thank the SAHOF team for supporting me on my journey,” Picklum said.

Also among the crop of 2021 Scholars is Paralympian canoer and Avoca Kayak Club member, Dylan Littlehales, who received $5,000 to put towards his sporting endeavours as a Tier 2 Scholar.

“It is a tremendous honour for myself to become a part of the SAHOF family and be recognised for my achievement on and off the water.

“I look forward to taking my performance to the next level with the support of SAHOF,” Littlehales said.