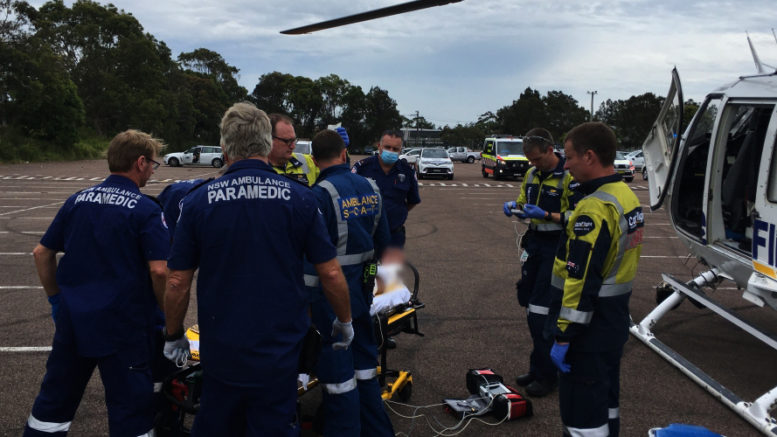 A 78-year-old man has sustained serious chest and leg injuries after an accident involving his own car at Bateau Bay.

The incident occurred at Shelly Beach Holiday Park just after 9:30am on Monday, November 23, with it understood that the man became trapped by a car door whilst attempting to stop his vehicle from rolling, after he allegedly forgot to secure the handbrake.

Witnesses reported seeing the man dragged several metres before he went under the vehicle.

Emergency services attended with NSW Ambulance and Fire and Rescue NSW personnel working together to extricate the patient before he was flown to Royal North Shore Hospital in a critical condition.