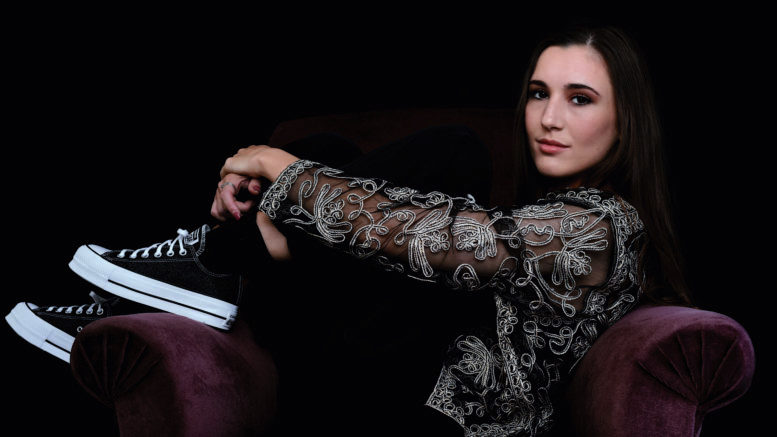 Elaskia will appear at Avoca Beach Hotel on November 7

Live music on the Central Coast is slowly creeping back, thanks to the easing of COVID-19 restrictions and government backed initiatives such as Great Southern Nights.

For most in the arts and music industry, the past few months have been hard.

Before COVID, Terrigal musician, Kelly Griffith who goes by Elaskia, was playing consistently at venues around the Central Coast and NSW, but had to take four to five months off during the shutdown.

She said it was tough because performing and live gigs are her whole life.

“My last gig was some time in March, and my first gig back was in August,” Griffith said.

“It was definitely hard financially, and I know it was hard for a lot of my musician friends and myself to stay motivated.

“For artists like myself, this is our whole world, and it felt like it was put on hold for a long time.

“I spent a lot of my time writing and recording music, which was really important to help me stay inspired.”

She will perform at the Avoca Beach Hotel on Saturday, November 7.

Local musician Jenny Marie Lang and her band also rely on gigs as a source of income.

“The lockdown certainly had its challenges, so Jobkeeper was lucky,” Lang said.

“As a community, everyone has pulled together to get through it the best we can.

“At first, it was okay, but then we all seemed to have a drop in motivation, so after a while, I got creative.

“I started talking with other musicians via zoom and writing songs.

“Everyone was okay at first because it was only a few weeks off, but then it dawned on us that it may not pick up again anytime soon.”

Jenny Marie Lang will play Avoca Theatre on November 20, which will be one of only two original gigs she has performed since March.

Another local organisation looking forward to getting back into the arts and entertainment scene is the Naughty Noodle Fun Haus.

They will host one of their first events back after eight months called Girls on the Green at the Everglades Country Club on November 15.

The day event will include food and performances from Nikki Bennet, Tessa Thames, Sam Windley, Corrie Hodson and June Richards.

These events are all part of the Great Southern Nights program organised by the NSW government.

Griffith said she is excited to get back on stage as she believes music is best shared with other people.

“These days it’s just so easy to access it online, and I believe some people can underestimate the importance of having live music in a community,” she said.

“I find watching other musicians playing live really inspiring as well as how it can connect a diverse group of people.

“Every live performance is unique, so there’s something about seeing and hearing an artist play live and the feeling it gives you along with the atmosphere it creates, that you just can’t get from a recording.”

Live at the Drive In to be a new musical experience

ChromeFest number 10 to be a special one