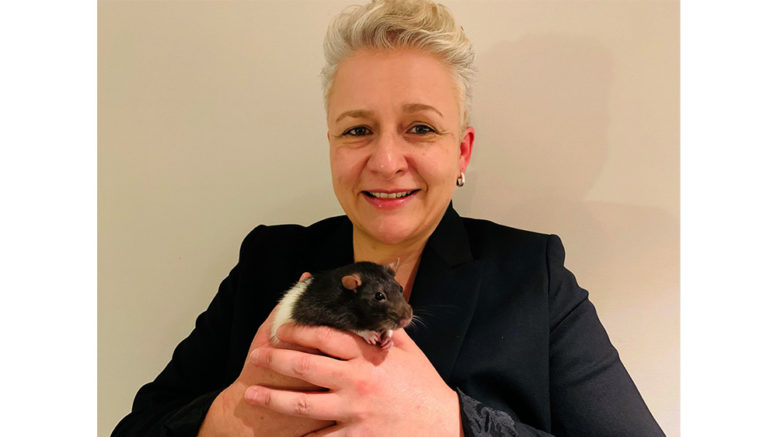 The animal rehoming organisation, Liberty Foundation, has won the award for Outstanding New Rescue Group at the annual Jetpets Companion Animal Rescue Awards for its work in finding homes for animals coming out of research establishments.

The Central Coast-based non-for-profit is one of a first in Australia to undertake this type of work.

Liberty Foundation founder, Paula Wallace, said they have successfully rehomed around 260 animals since launching in 2017.

“Nobody has really tried to do this before,” she said.

“There is a group in Melbourne which focuses on cat and dogs, and some research facilities have their own policies, but we are the only ones who rehome a whole range of animals.

“We are still quite small and still in the start-up phase, but so far we have rehomed one dog, numerous guinea pigs, rats, mice, rabbits and fish as companion animals or pets.”

Around 7 million animals are used for scientific and research purposes in Australia each year, with the common practice for these animals being either euthanasia or humane killing, Wallace said.

“There is not much awareness amongst the general public on how we use animals in research and for scientific purposes,” she said.

“What we are finding is the research establishments are very keen to find a better outcome for these animals.

“We want to fill that gap by making it easier for research facilities to see a way forward which is not going to affect their establishment, the community or animal.

“We have developed this model that works where the research establishments feel comfortable and trust us with an agreement.”

Before the animals are adopted as a companion or pet, they need to go through a transition stage.

Liberty Foundation currently doesn’t have any animal sanctuaries, but Wallace said she has been able to house them on people’s land at Ourimbah, Macmasters Beach, and Mangrove Mountain.

“Many of the animals Liberty Foundation works with have been born in captivity,” she said.

“They are placed in a foster care environment where they are introduced slowly to things such as sunlight, the elements, loud sounds, and sometimes complete darkness.

“The transition period for dogs is around four weeks, with rats and guinea pigs adapting quicker.

“Our activities to date have proven that these animals coming out of these establishments can achieve a very high quality of life and can transition well to life.