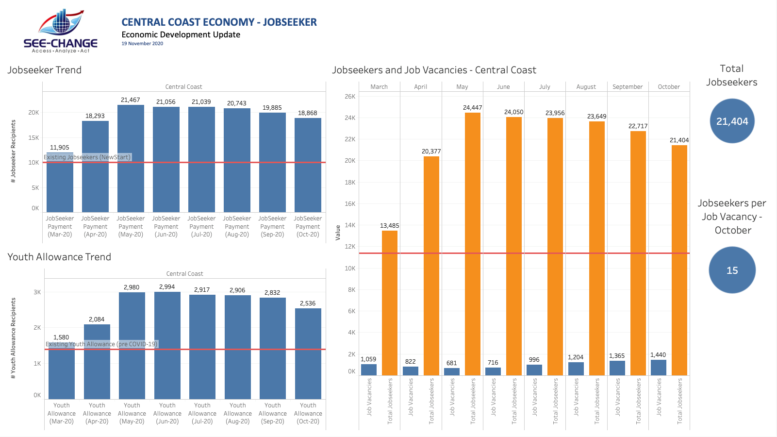 The number of Jobseekers on the Central Coast decreased in October by 1,017 people.

As of October, this makes the jobseekers and youth allowance per job vacancy rate is 15 to 1, a significant drop since the peak of COVID in May which was 36 to 1.

Founder of See-Change, Patrick Spedding, said the largest decrease in Jobseeker applicants was seen in all suburbs except Tuggerah and Kangy Angy.

“The highest proportion of jobseeker/youth allowance recipients as a % of population is in The Entrance and Wyong (9.4%).

The occupations which have seen an increase in advertised job vacancies are labourers, trades workers, and sales assistants.

“However payroll jobs appear to be picking back up, particularly in the North Central Coast (old Wyong LGA).”