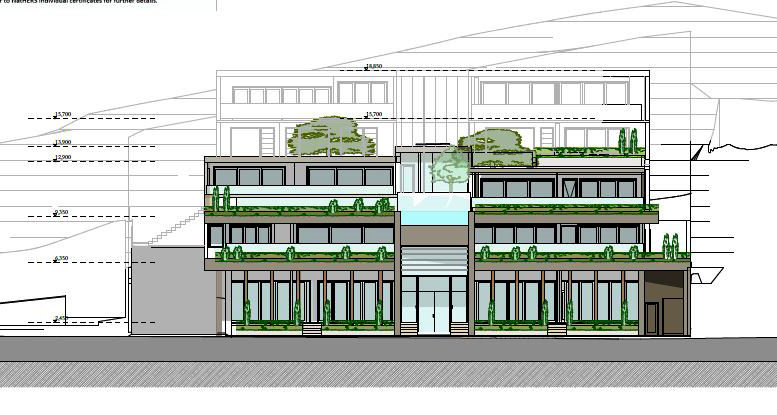 A schematic of the proposed development

Alterations to a previously approved mixed-use development in Araluen Dr, Hardys Bay, have been given the green light by Central Coast Council.

It has now been modified to make minor adjustments to the commercial areas, car parking and three units, and to include a day spa and residents’ gym on Level 2.

The modifications will generally be contained within the same building envelope as the approved development, will not increase the number of approved residential units, and will provide an additional seven off-street car parking spaces.

While the development remains substantially the same as the original approval, the increase in off-street car parking is designed to reduce potential pressure on surrounding streets.

The depth of the commercial areas on the ground level will be altered, with minor layout changes and an increase in commercial floor space of 84m2.

The car parking area on Level 1 will be slightly lowered and reconfigured to allow for the additional seven spaces and resident storage areas.

A day spa and residents’ gym will now be included on Level 2.

Apart from the changes to the units, all other changes are located either below, or largely below natural ground level, and will not be evident from the street or adjoining properties.

The original application was approved last year, despite concerns from Cr Jane Smith that the seven units “on top” of the retail area were actually behind the shops, further up the hill.

The site, opposite the foreshore reserve at Hardys Bay, has a long history with one former development proposal being ruled out by the Land and Environment Court.