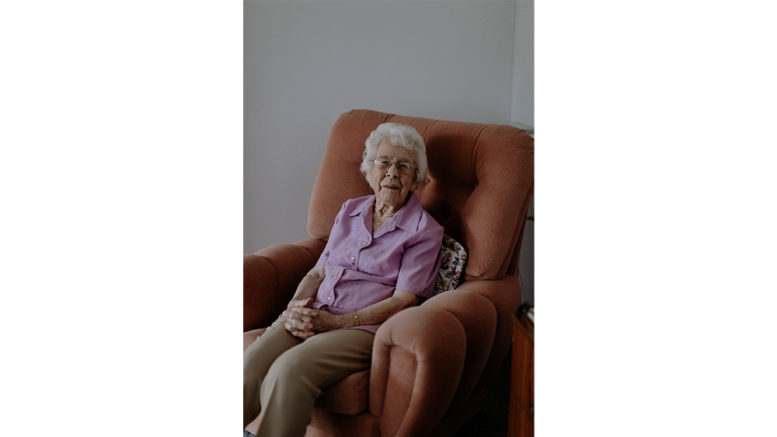 She has lived through two world wars, 26 Prime Ministers and two global pandemics but Edna Hayes, who turned 105 on November 1, still has a smile on her face and a kind word for all.

Mrs Hayes has lived for the past 26 years at Adelene Retirement Village at Wyoming.

The oldest of four children, she grew up in Marrickville.

A keen dancer, she met her husband through a group of friends who danced together as teenagers and they married in 1937 when Mrs Hayes was 22.

The couple maintained their love of dance throughout their married lives.

Following her own career path in a time when many women stayed at home, Mrs Hayes trained in shorthand and clerical work, working in a number of clerical roles in Sydney.

Later on, she sold Avon cosmetics and skincare for 19 years.

Staff at Adelene described Mrs Hayes as modest and witty, crediting always eating fruit and vegetables for her long life.

She also enjoyed playing tennis for many years.

After she moved to the Central Coast 26 years ago, she was quickly followed by her sister Dot one week later and soon after by her other sister Betty.

“We were called ‘the three sisters’ and we enjoyed every bit of our time at Adelene together,” Mrs Hayes said.

“We’d get up to lots of activities.

“We’d go out on the bus, have picnics regularly and every Thursday, the three of us used to go out to Central Coast Leagues Club, have dinner and play the pokies.”

Two years ago, Mrs Hayes moved to more supported accommodation at Adelene Court and although she has now lost both sisters (Betty three years ago, and Dot a year ago) she still regularly plays bingo, participates in activities, plays cards and in a pre-COVID world, got out as much as possible with family who would regularly visit her.

Although birthday celebrations this year were quieter than Mrs Hayes is used to, she enjoyed a sausage sizzle and cake with friends.

Have you seen this man?