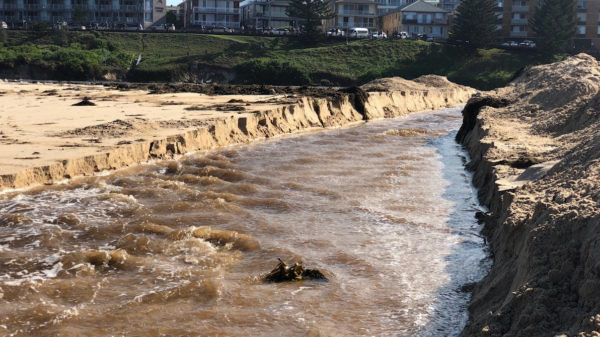 After calls for a flood management plan for The Entrance Channel a visit to the site is on the list for Central Coast Council administrator.

Administrator Dick Persson promised to visit The Entrance and find answers to questions posed by resident Graham Hankin, who spoke at the Open Forum on November 23.

Hankin, a member of the Council’s advisory committee for the catchments and coast – Tuggerah Lakes, asked a series of questions about flood management and dredging strategies.

Persson said he would get answers.

“I won’t make any undertakings other than to say I am genuinely interested and will visit the site and make a further statement and will take up your questions with senior management and get answers,” Persson said.

Persson also agreed to visit Toukley after Bronwyn Evans from the Toukley Community Action Group used the new open forum to bring to the administrator’s attention to traffic issues in her area.

Persson said the open forum, which attracted six speakers the first time it was offered before the November 23 meeting, would in future be livestreamed along with the public forum and and the Council meeting itself, both of which have been livestreamed in the past.

The public forum only allows people to speak on that evening’s agenda items while the new open forum allows for speeches on any topics.

However, a mountain bike rider, Matt Harrington, had his speech about the feasibility study into riding trails on the coast cut short when Persson said the matter was currently on public exhibition and suggested Harrington come back another time with his views on how to stop illegal trails.

Persson said later he would make it clear that the open forum should not be used for topics that were currently on public exhibition as people should submit their views as part of that process.

One speaker talked about the ongoing wait for the draft Local Environment Plan (LEP) which is to be an amalgamation of the two former councils’ LEPs.

A sixth speaker spoke about the Council’s financial mess.

The open forum is held before every ordinary council meeting and the public has three minutes to talk on any topic pertinent to the council.