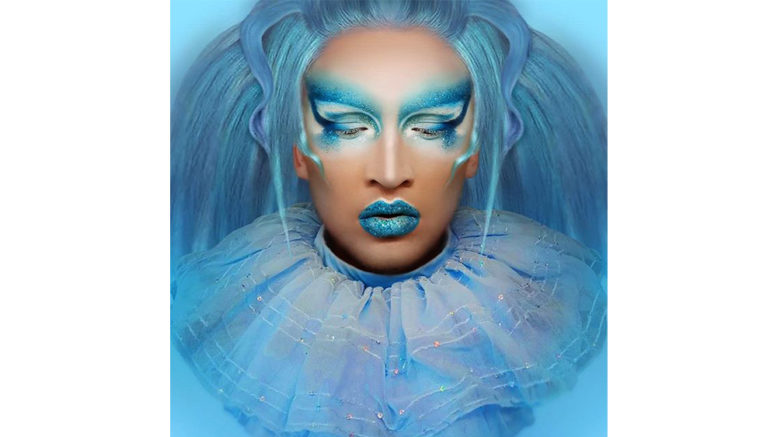 One of Fraser’s creations

Umina Beach artist, Benjamin Fraser, describes himself as a “creative individual” and someone who is trying to bring his passion for art and imaginative expression back to the Central Coast.

Fraser, who is an artist, costume designer, makeup artist, musician, and filmmaker, said his art was a therapy in which he could channel inspiration from different places and people.

“I’m a creative individual, I’m a filmmaker, I love doing makeup, and I’m a singer every so often when the time is right,” Fraser said.

“But it feels like I have given my platform up to other people, which is what I want, I want to be more behind the scenes.

“I love making music videos for other people; I just finished a music video with my friend Ella Roberts, for her latest song which is a cover of Danny Boy.”

The Celtic song and film clip produced and directed by Fraser has received a large amount of support and views online, along with other music clips that he has created.

Earlier this year, he produced and directed a music video for musician Ella Roberts titled The Bonnie Banks of Loch Lomond, which has now reached seven million views on the video streaming platform YouTube.

“I love film making so much, and I have been doing it for so long, it’s the thing for me that’s been around for a long time,” Fraser said.

“When I create music videos for musicians, I am allowing them to let their inner child and their imagination just run free.

“Part of me wants to be making my own, but I think I would need a very patient group of people around me to help bring that to life.”

Apart from film making Fraser’s passion for makeup is evident on his social media accounts where his different makeup creations showcase his talent.

“I like to make peaceful, beautiful imagery, but I also like to twist that and make something that is as beautiful as it is creepy,” he said.

“I had a lot of aversion towards makeup because it was maybe stereotypically homosexual and I’m a very flamboyant, camp person but had a lot of shame surrounding that as a child.

“Getting into makeup, it was then a nice way to reclaim something.”

Fraser said this year was a challenging year for artists, where many COVID-19 restrictions had stopped art shows and performances, which forced content production online.

“This year has been really weird, more people are sitting at home, so more people have wanted content, more musicians need content, so I’ve had more work than I have had in a long time,” he said.

“If you’re a musician, and you’re looking for a music video, and you don’t have that much money, come to me, and I’ll help you out.

“We need to reach out to each other, find spaces to come together and help each other out.”