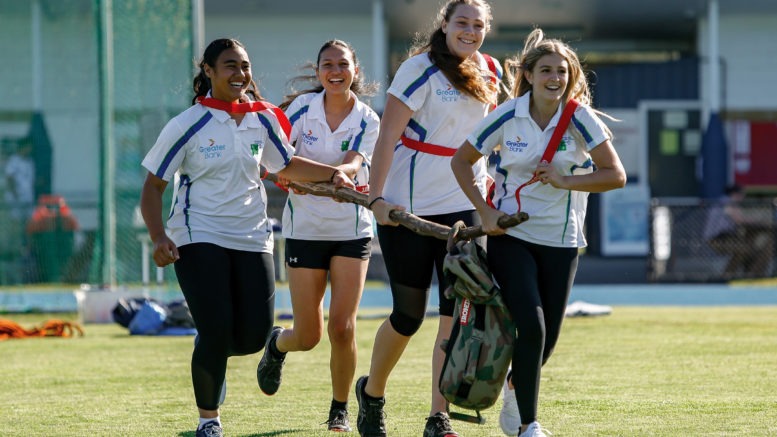 The Central Coast Academy of Sport Athlete Celebration was held at Mingara Athletics Track on Wednesday, November 11, under sunny skies with lots of athletes and spectators.

Team Challenge Australia (TCA) engaged the Academy Athletes in a series of outdoor challenges before the presentation of the sport program awards.

With athletes and parents sitting socially distanced in the grandstand the following award winners were announced.

All the sporting program Athletes of the Year and Encouragement Award winners are in the running to be announced as the overall Central Coast Academy of Sport Male or Female Athlete of the Year.

The Academy will host the second stage of the Academy of Sport Awards on Wednesday, December 2, at Mingara Recreation Club, where the major award winners will be announced.

Events Manager, Emily Burgess-Moore, said stage one of the awards presentation was adjusted numerous times to ensure that all NSW Covid-safe health guidelines were met.

“While this has added an extra challenge, we were thrilled to be able to finally hold this event to celebrate what has been a unique year,” she said.

“To be able to hold this event under perfect sunny skies with some of the best athletes on the Central Coast has been so exciting.

“We can’t thank the team from TCA enough, they really just make our jobs too easy.

“We also know how lucky we are to have such a phenomenal venue as Mingara Regional Athletics Track.

“Congratulations to all the award winners, we will look forward to seeing you all again at the formal awards event in December,” Burgess-Moore said.