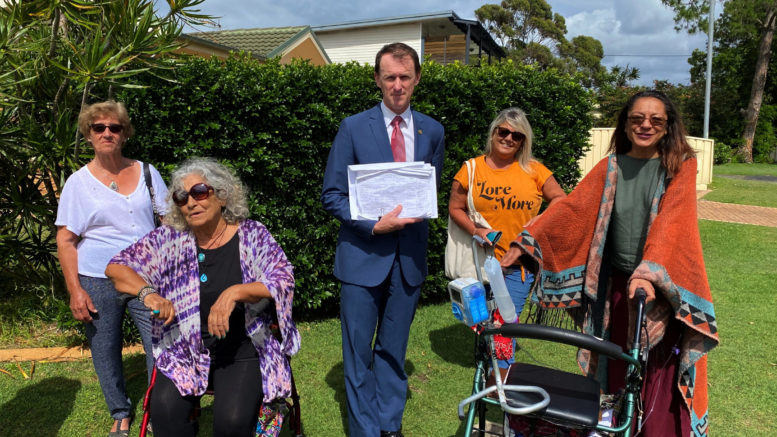 A local disability advocate, Maria Pyros, is leading a community campaign to have a footpath built on Brooke Ave, Killarney Vale, extending from Yangoora St to Wyong Rd.

She has gathered 500 signatures on a petition to present to Central Coast Council, after being told the footpath extension was not a high priority.

The Entrance MP, David Mehan, accepted the petition to pass on to Council, and will formally request the footpath be ranked higher in priority due to overwhelming community demand.

Mehan said that in August, Council told him the extension of the footpath along Brooke Ave had been assessed and listed for consideration of funding, however, based on its current ranking, the project was not the highest priority and might not be done for years.

“This is a very busy road and a major road in the region and it needs a footpath along its whole length,” he said.

“There are elderly and less mobile people, as well as primary school students and parents with prams dangerously navigating this stretch of road.

“Maria Pyros has been so passionate about this community need and I thank her for tirelessly pursuing and obtaining 500 signatures,” Mehan said.