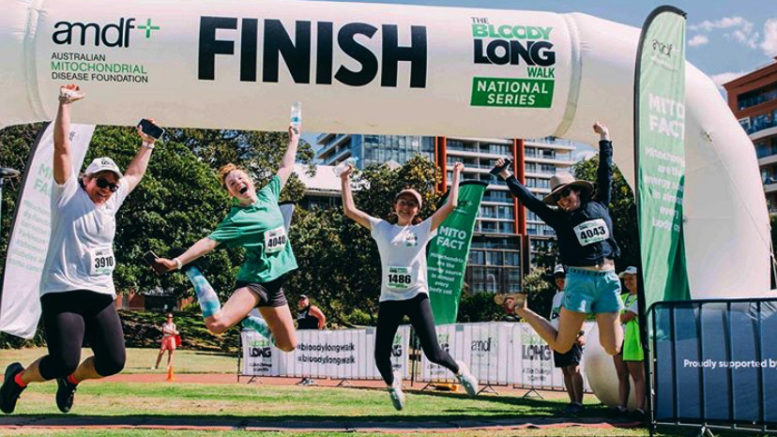 Students from Wyong Christian Community School (WCCS) have raised thousands of dollars for the Mito Foundation by taking part in The Bloody Long Walk.

The annual event is typically held in locations around the country and challenges participants to walk a 35km course to support the Foundation’s vital research towards a cure for mitochondrial disease, an insidious illness that robs the body’s cells of energy, causing multiple organ dysfunction or failure.

Her way of supporting a worthy cause, she had no idea that a chance mention of her plans in class would result in a schoolwide effort to raise funds.

“I got involved last year because I thought the walk was a good way to serve a community that not a lot of people recognise, and when I put it forward to my class, I was blown away by their response,” Vieiro said.

“I couldn’t believe seven students wanted to join me.

“It was such a pleasant surprise.”

With participating students doing their best to fundraise for the cause, the school community also got behind them with a Crazy Sock Day adding to their campaign, and fellow teacher, Michaela Dempster, also signing on to join them on the big day.

The group took part in the Newcastle event on October 11, finishing up their charitable trek in just under eight hours and raising a collective $3,707 in the process, putting them in the top five fundraisers for Newcastle.

It’s double their initial target and a result Vieiro is incredibly proud of.

“I am so proud of the girls for doing this.

“While supported by the school, this was not a school event, so they had to register themselves, pay their own entry fees and commit to doing the walk, so it was a lot of individual responsibility and I’m proud to say that they came together as a team to serve their community in a new and exciting way.

“It was a wonderful day and some of them even want to do it again next year.

“Who knows, this could become a new tradition for WCCS,” Vieiro said.