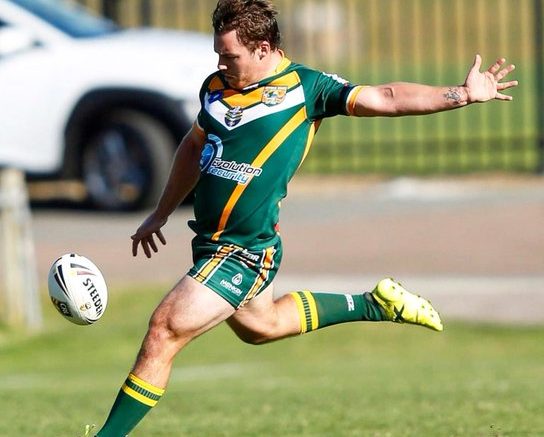 The Wyong Roos have suffered their first defeat in the Toohey’s Newcastle Cup, going down 18-12 to the Western Suburbs Rosellas.

Player availability issues put the undefeated Roos on the backfoot heading into their Round 10 clash against the Rosellas, but that did not stop them from opening the scoring off the back of some fancy footwork from Luke Sharpe and Lachlan Hanneghan to give the Roos an early 6-nil lead.

The Rosellas quickly responded with a Dyllan Parlane try, with a confident Wests team making the most of gaps in Wyong’s defensive line.

Dylan Clark was next to score for the Roos with another Hanneghan conversion extending their lead to 12-4 into the halftime break, but from there things fell apart for the Roos.

Despite having the benefit of the breeze, the Roos could not puncture the Rosellas’ defensive line, while their opponents made the most of their possession, and a Jaron Purcell sin bin sentence, to equalise.

From there, Wyong struggled to advance the ball beyond halfway as the home team ramped up its defensive intent.

With less than two mins remaining, the Rosellas caged the Roos into the north east corner of the field.

Wyong began advancing ruck by ruck, but a final Jesse Andrews play for the Rosellas did enough for Michael Wright to convert and post the final points of the match.

The Roos will face Maitland in Round 11.

Win or lose, their strong performance throughout the competition has assured them the minor premiership.

The Glen for women approved