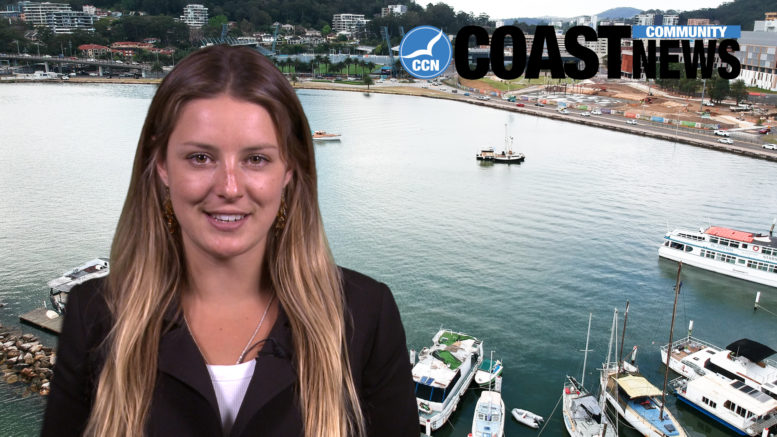 It has been a big week for finances both nationally and right here on the Coast, with the Federal Budget released this week and the Central Coast Council stating it was in serious financial distress.

Let’s start by going to David who has a break down on both these issues.

Central Coast Council has advised the Office of Local Government that it has a serious financial situation and faces an immediate and serious liquidity issue.

Council announced on Tuesday, that a review of the budget revealed that its position had deteriorated since the March 2020 result.

The deficit reported at that time of $41M, is now expected to increase to $89M.

Minister for Local Government, Shelley Hancock, has instructed the Office of Local Government (OLG) to appoint an independent financial expert and a human resources adviser to ascertain Council’s true financial position and identify options to address the issues as quickly as possible.

The Mayor and CEO have remained tight lipped about the situation this week preferring to wait for the outcome of the investigations.

CEO, Gary Murphy, and senior executives have been undertaking meetings and conferences with key stakeholders over the past two days. The outcomes being – The establishment of a 100-Day Action Plan to Recovery – A forensic audit will be undertaken of Council’s finances – Changes to management spending delegations and other cost saving initiatives – however the CEO has also stated – There will be no change to our full-time equivalent staff, but a review of the contracted and temporary workforce is now underway.

Keep an eye on our website to follow the story as it develops from our senior journalists Merilyn Vale and Terry Collins.

This week’s long waited Federal Budget has been hotly debated around the country and here on the Coast.

A general consensus exists that the enormous economic stimulus measures outlined by Treasurer Josh Frydenberg are  necessary to dig the economy out of its first recession in 30 years.

The Coast’s business community has welcomed a raft of measures aimed at getting people back into employment and offering more support to business, but some are saying incentives to employers to hire people aged under 35 are leaving many Coasties in a dire situation, with the JobSeeker coronavirus supplement set to expire on December 31 and the JobKeeper payment to cease after next March.

The Association of Independent Retirees said retirees who partly or fully fund their own retirement have been overlooked and the Australian Nursing and Midwifery foundation said the budget provides too little investment in nursing and midwifery and even less for aged care workers.

But taxpayers, roadbuilders and home renovators were among the big winners, with the Government to bring forward its second stage of tax cuts, back-dated to June 30.

A broad critique of the budget is its lack of support for women in general ranging from childcare, superannuation and casualised employment practices, all of which disproportionately affect women. We spoke with Executive Director of Women on Boards Claire Braund about this earlier today.

As a result Australia’s net debt is forecast to climb to over $700B, or around 35 per cent of national GDP, this year and peak at an eye watering $1 trillion (over 45 per cent of GDP) by June 2024.

Thanks for that David. First-home buyers may need up to four months longer to save for a deposit compared to a year ago according to a report by Domain released recently.

However, the decline in housing affordability appears to have been offset by more recent post-COVID price falls in many areas, falling mortgage interest rates and government incentives such as the First Home Buyer Grant. For young people, the seemingly unreachable goal of owning their first home might therefore be suddenly feeling closer to reality. According to Darren Hooper, General Manager of Central Coast Unity Bank (CCUB), it is still very important, amidst all the excitement, for young buyers to educate themselves..

On to other news. A boat owner from Tascott is calling on Central Coast Council to look into boats which he says are illegally mooring long term at visitor berths on the Brisbane Water at Gosford. Hernan Rotto said he has seen boats at the same berths for more than four months, some of them being unseaworthy. He said many private boat owners were unhappy with the situation and Council should be accountable for a public asset being occupied. An initial request to Council for comment led to a referral to Marine Rescue Central Coast, which Council said was responsible for the boat moorings.

Member for Gosford, Liesl Tesch, and Senator Deborah O’Neill have joined with Mangrove Mountain residents to demand better internet connectivity for the area. Dr Christine Wade from Mountain Medicine said the surgery had been getting mailouts from various service providers telling them the area is NBN ready, but said they were not able to connect them when the time came.Wade and other community members attended a meeting on September 30 with Tesch and O’Neill, who have taken the Federal Government to task over the issue.

Now let’s go to Hayley who has all of our updates on sport.

Thanks JC. The possibility that the owner of A former La Liga football club will take over the Central Coast Mariners has come one step closer, with talks reportedly reaching final stages with the FFA. Sydney based businessman, Abdul Helou, is set to purchase the club and its associated property after it was put up for sale in August by Mariners’ Chairman, Mike Charlesworth. No new details have been released as they are currently going through final legalities and FFA approvals. When speaking with Coast Community News, Helou said
“We have huge plans for the Centre of Excellence with additional resources in planning, so we heavily rely on Council supporting our journey,”

“It obviously means that hundreds of more jobs are created and more money poured into local businesses and the community.”

The stage has been set for a blockbuster climax to Central Coast Rugby Union’s Premier 1 Competition, with The Lakes to meet Terrigal in the decider. It comes after The Lakes defeated Ourimbah in the preliminary final over the October long weekend, 32-29.

And in The State Baseball League, the Central Coast Marlins’ have started off the season strong, beating Marcarther 7 -6.
On to weather, dropping down to a low of 10 both tonight and Saturday evening. Tomorrow will be sunny, tops of 23 with some light northeasterly winds becoming light in the late evening. Sunday will be mostly sunny, tops of 25 with a slight 20% chance of showers in the evening. Back to you JC

Thanks Hayley, readers have reported a series of close encounters with birdlife recently. With one woman recording this remarkable footage of a juvenile bird of prey that befriended her while on a bush walk.

If you have such encounters please report them to National Parks, the Central Coast Birders or if injured to WIRES or Sea Bird Rescue.

All of these stories and thousands more are available on our news website and remember to pick up a copy of this week’s Coast Community News issue number 263 and Coast Community Chronicle 209. Be sure to subscribe to our Social’s Youtube channel and Facebook page for updates during the week.

We leave you today with an interview with Jess and Stewart from the Options Theatre in Tuggerah. The theatre is one of the only in Australia exclusively for people with a disability. We spoke to Jess about some of the incredible programs and her new role.

From everyone at Coast Community News, have a lovely weekend.