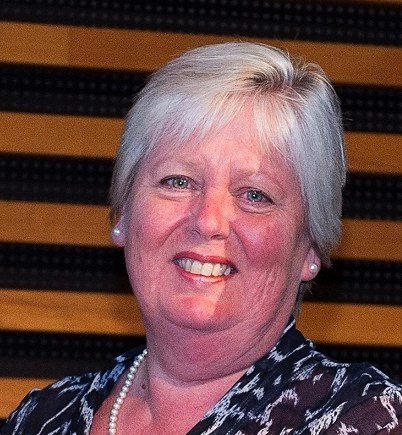 She’s been at the helm of Tuggerah Lakes Secondary College’s (TLSC) Tumbi Umbi Campus for the better part of two decades, but now Shayne Player has announced her retirement.

Leaving behind a 15 year legacy of excellence, innovation and prosperity, the Chronicle caught up with Player to talk about her four decades as an educator.

Starting off as a casual teacher at Queanbeyan High School in 1984, Player would quickly transition into the learning difficulties field, cultivating a career as a Special Education teacher and learning and literacy consultant, as she rose through the ranks.

Appointed Principal at TLSC Tumbi Umbi in 2005, Player would go on to play a key role in transforming the campus academically, socially and culturally, into the community driven benchmark institution that it’s known as today.

Looking back on those early days, Player said she was just picking up where her predecessors had left off.

“At that time, the campus was still relatively new, and every new school has a growing period where they settle into their profile and put their traditions and ethos into place.

“As the school’s third Principal, I was merely building on the legacies already in place, growing the campus into a school of choice and leader in innovative education,” Player explained.

But looking at how far it’s come, it’s clear that Player’s own vision for the school is apparent, with its inclusive and collaborative offering a mirror of her personal ethos as an educator.

“I’ve always believed that given the right support, every child can complete the required learning to attain a successful adult life, but figuring out what’s right for each child is the true challenge, so I ask myself, how is this child smart and never how smart is this child,” Player said.

“Every child has something they’re good at and I’ve found that by giving young people the chance to explore that side of themselves, they’re able to develop their individuality and self respect in a way that helps them build relationships with their teachers and school, which then helps them attune their learning.”

A proud Kamilaroi woman, Player counts the school’s Indigenous offering as one of her crowning achievements.

“You might have heard the phrase ‘closing the gap’, but at TLSC Tumbi Umbi we’re aiming for no gap.

“This school was built with, and continues to have, the spirit of reconciliation centred in its philosophy, and I am proud to say that 12 per cent of our student population identifies as having Aboriginal or Torres Strait Islander heritage, and that their achievements across all levels of academic, sport, and the cultural arts, have been outstanding.”

Also a force to be reckoned with outside of the classroom, Player has been a driving force for the betterment of education regionally, as a leader in many community and industry partnerships.

Other crowning achievements include being recognised as the Australian Secondary Principal of the Year in 2012, and being a recipient of a Distinguished Service Award to the NSW Secondary Principals’ Council, and recognised by the Australian Institute for Teaching and School Leadership as a distinguished practitioner and role model for aspirant leaders.

Another memory near and dear to Player’s heart was her time as a star in Stars of the Central Coast.

Player took part in the fundraising dance contest for the Cancer Council in 2017 and finished up in third place, after performing a slick cabaret number in front of a packed audience at Laycock St Theatre.

“When the Cancer Council first approached me, I assumed that they wanted the school to do a fundraiser, but never in my wildest dreams did I think they’d ask me to join a dance contest.

“It was so outside of my comfort zone, but just so much fun.

“It took a lot of courage, but all the support that I received from the community and seeing the kids’ reactions to Mrs Player getting up on stage and having a go, will stay with me forever.”

Not one to sit still, Player will be taking things full circle in her retirement with plans to head back to school.

The soon to be ex-principal said she’ll be looking to take up a PhD study in learning difficulties and hopes to earn her doctorate through a research project centred around the same ethos that’s defined her career.

With October 30 her final day on the job, these last few days on campus will be a poignant time for Player, who’ll surely continue to reflect on her legacy.

One thing she’s certain of though, is that whoever her successor is, they’ll be one lucky Principal.

“I have loved every minute of my time as Principal, even the tricky stuff, and the relationships I have formed with my colleagues and students are ones that I will always cherish.

“I am proud to say that TLSC Tumbi Umbi has always gotten my best and I will always strive to give my best wherever I am.