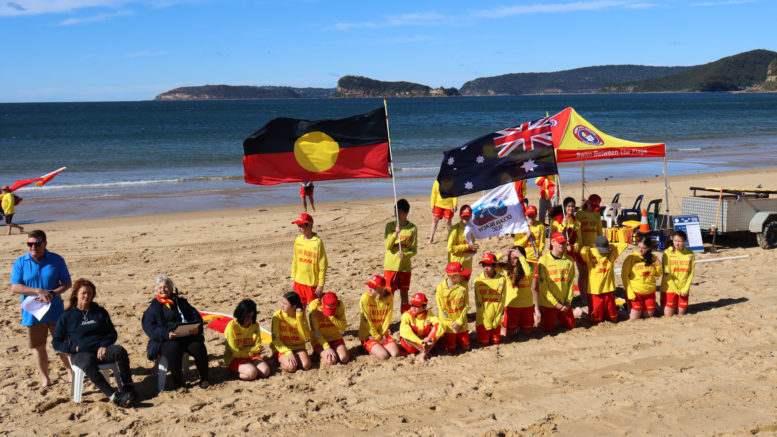 The multi-faceted ceremony was held on Saturday, September 26, which also included the launch of a new inflatable rescue boat and the announcement of a sponsorship arrangement.

Indigenous and Australian flags were raised along with the club’s flags.

Club president Mr Dean Slattery ended the ceremony by presenting Ollie Tucker with his Central Coast Surf Lifesaving Rookie of the Year award. Club director Mr Mick Cairnes noted that, in the 98 years of the club’s existence, a life had not been lost in the waters off Ocean Beach.