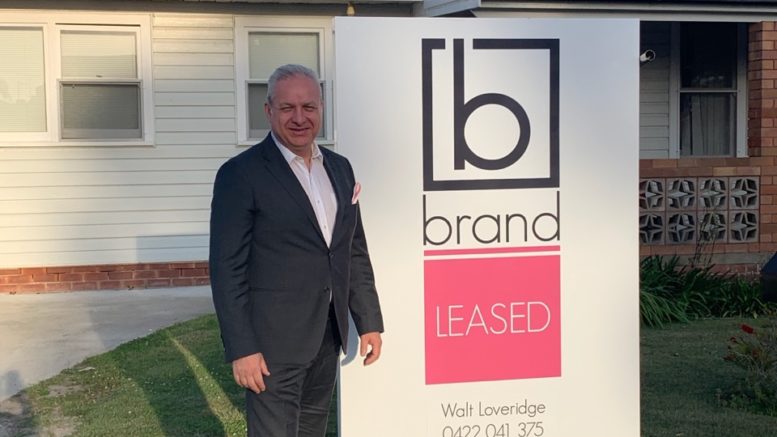 The Central Coast rental market is currently booming, as many flock to the region to escape the city or downgrade their current rental property as a result of COVID-19, reports Brand Property Principal, Andre Kubecka.

Kubecka said the company is anticipating its biggest ever spring for renting houses, after a boom in applications shows a flourishing market on the Coast.

The agency reported a 196 per cent increase in tenant applications between May and August in comparison to the same three-month period last year.

While it wasn’t the coronavirus which prompted their move, the Stadtmillers are just one family which has relocated to the Coast from Sydney and beyond and seen evidence of the high demand for rental properties first hand.

Yvonne and John Stadtmiller moved with their two young children to Forresters Beach in August, after  owning their own home at Silverdale for 20 years.

“We sold our home after winding up our window furnishing business and decided we wanted to relocate to the Central Coast for a change of scenery and re-start our business here,” Yvonne Stadtmiller said.

“Not having been involved with the rental market before, we were surprised at just how difficult it was to find a rental property – we would put in applications to have them rejected before it was explained to us that competition was stiff.”

Kubecka said SQM Research data showed that at a time when rental vacancies in the Sydney CBD are the highest in the country at 3.5 per cent, the Coast’s vacancy rates are the lowest seen in years at 0.7 per cent.

“This is great news for the region and an injection of confidence for real estate during spring, which is traditionally the busiest time of year for selling and renting,” he said.

“From Brand Property’s large rental roll, the number of properties leased has increased substantially over the past six months and inquiries and inspections have also seen big upsurges.

“A whopping 2,895 inquiries came from attracted tenants compared to 727, so almost quadruple.

“People from Sydney who have been working from home during the coronavirus now see living on the Central Coast as viable and much more affordable.

Given the fierce competition for Central Coast rental properties, Kubecka said aspiring tenants will get a jump on the competition by being punctual to open homes, by presenting well and not giving up if they miss out on a property.

“It’s important to be prepared with the right references and documents to prove your identity such as a drivers licence and bank statements,” he said.

Kubecka said Brand Property had also noticed a trend of renters downgrading their property from May-August, likely due to job losses and pay cuts experienced during the pandemic.

Even the more expensive suburbs are still cheap compared to Sydney, he said.

A five-bedroom architectural home in Terrigal renting for $1,100 per week was only listed for two days and received over 15 inquiries.

On the other end of the spectrum, a three-bedroom family home at Gorokan renting for $400 per week received 203 inquiries, with 30 booked to inspect and 160 on the waiting list.