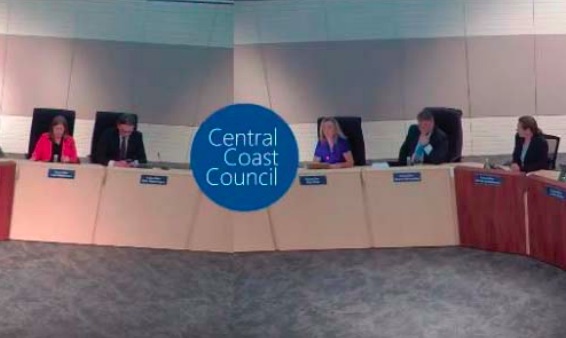 Councillors used a meeting on October 21 to offer what sounded like their farewell speeches.

“It sounds like the last hurrah, doesn’t it,” Cr Doug Vincent said.

It was the councillors’ third extraordinary meeting in three days and started at 1.40pm only minutes after the Local Government Minister Shelley Hancock flagged her intention to suspend the councillors and install an administrator.

Councillors voted to continue their attempts to gain access to money through loans and overdrafts as agreed at the previous night’s meeting.

They also talked about getting more legal advice.

But it was their speeches that were the highlight of the meeting.

Cr Jane Smith called on councillors to prepare their response to the Minister – they have seven days to show why they should not be suspended.

“Clearly councillors are feeling hit by this news and I understand that, but I would like to focus on the motion and our commitment to our staff and the fact they are being paid tonight,” she said.

“We should thank the Minister for bringing forward those two quarterly payments for that financial assistance grant.

“Democracy is messy, takes a lot of time, goes off the rails but that should not be mistaken for the commitment and effort and decision making of council and staff in uncovering this issue and responding to it and putting forward a pathway out of this financial crisis.

“That’s what we need to focus on, people should not be distracted by our messy democracy.

“If you scratch the surface of State and Federal politics, you will see an equally messy democracy.”

Cr Bruce McLachlan said there had been a deliberate attempt to pull the amalgamation apart and he didn’t blame the Minister for bringing in an administrator.

He said he supported the amalgamation and that as a region, the Central Coast had to come out of the shadows of the Hunter or Northern Sydney.

“That’s a problem, money goes to those areas and gets ticked off as money for the Central Coast,” he said.

Cr Best said he didn’t think any councillor would survive any of this and thanked everyone who had supported him over 25 years.

He said the Council was looking for more than $300M and there were clearly issues in the Council that he would like to comment more openly on, but he couldn’t.

“We have lost an extraordinary amount of money on behalf of the ratepayers,” he said.

“It is so sad there have been other councillors like Pilon, MacLachlan, Gale who have constantly worked hard with myself to prosecute arguments about better fiscal management in the Council only to find, as Cr Marquart says, you put up a birthday card for Mother Teresa and this council would vote it down,” he said.

He apologised to the community, saying the amalgamation should have brought benefits to them.

Like all the councillors who spoke, Cr Vincent thanked the community for giving him the opportunity to represent them.

He wanted it on the record that he had not voted for any budget because he did not think any of them had been fair to the north of the area.

“I’m out of words and we’re in the hands of the Minister for Local Government and I look forward to the outcome of any inquiry into the finances of the Central Coast Council,” he said.

Cr Greenaway said there was no way she wanted to leave the Council in this less than satisfactory state.

“If this does go downhill, I apologise for anything I had hoped to achieve but have not been able to achieve, I am still optimistic and do hope we meet again,’’ she said.

Cr Jillian Hogan said that after listening to others for the last three years, she firstly wanted to thank the community for the privilege of representing it.

“This is not the way that I wanted to go,” she said.

“It has certainly been a hard three years of slog.

“I wanted to represent my community and bring honesty and integrity to the Council and I am gutted.

“In relation to the integrity of the organisation, we as councillors are only as good as the information we have been given.

“We have been given a lot of information that has compromised our positions both legally, ethically, morally and certainly financially.”

The councillors were set to meet again the next day to start compiling their case to the Minister as to why she should not suspend them to replace them with an administrator.

Another council meeting is scheduled for Monday, October 26.