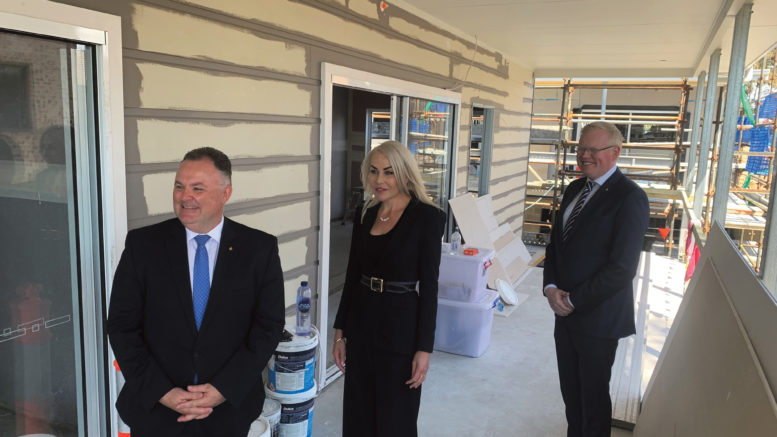 NSW Minister for Families, Communities and Disability Services, Gareth Ward, was in Long Jetty on Tuesday, September 29, to provide an update on the social housing building blitz currently underway in the area.

The new homes are being built as part of the NSW Government’s $1.1B Social and Affordable Housing Fund, being delivered in partnership with community housing providers, such as Compass Housing.

Compass Group Chief Corporate Services Officer, Lyndall Robertshaw, said the properties were among almost 500 being delivered under the Fund.

“Safe and affordable housing is a fundamental human right,” she said.

“Providing people with the security and dignity of adequate housing is crucial, but the Fund is about more than just building houses.

“These new homes are creating a pipeline of housing across the region, which will support some of the community’s most disadvantaged people,” the Minister said.

“The building boom is also pumping money into the local economy and is creating work for countless tradies.”

Parliamentary Secretary for Central Coast, Adam Crouch, said tenants who move into the properties will receive more than just keys to their new home.

“Tenants will receive support tailored to their individual needs so that they can improve their health and general wellbeing and sustain their tenancy,” he said.