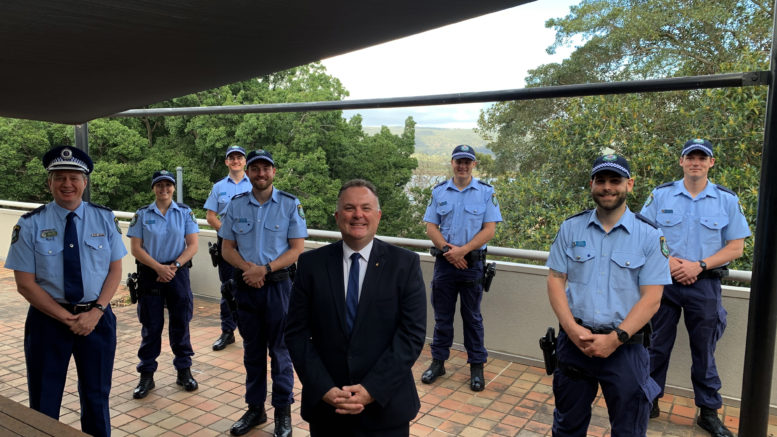 Six new Probationary Constables are walking the beat in the Brisbane Water Police District after being sworn in at a private attestation ceremony at the Goulburn Police Academy on October 9.

“Our six new police officers are a much-needed boost to the Central Coast and will greatly help us as a community as we continue to face the COVID-19 pandemic,” Crouch said.

“Police put their own safety on the line to protect others every day, and I commend these new Probationary Constables for their dedication to community safety.”

The six officers were among 130 men and 62 women from a diverse range of backgrounds who were sworn in.

Each recruit completed eight months of foundational training at the Goulburn Police Academy and the six allocated to the Brisbane Water Police District reported to Gosford Station for the first time on October 12.

Minister for Police and Emergency Services David Elliott congratulated the recruits on their dedication and hard work as they embarked on their chosen career in policing.

“These officers can be assured that they have the full support of this Government as they step into their career in law enforcement and service to the community,” he said.”