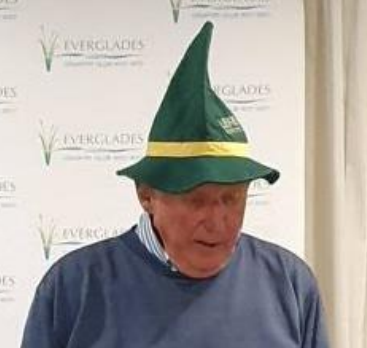 Members at the Rotary Club of Woy Woy have worn a variety of hats in recognition of October being Mental Health Month.

Club president Ms Joan Redmond said the club had celebrated Hat Day a little earlier this year, with members wearing their favourite hats at the weekly meeting on Tuesday, September 29.

“We all wore our favourite hats, and there were some amazing stories attached to each member and their hat,” Ms Redmond said.

“The hats were different and told new stories.

“It was fascinating hearing little known aspects of members’ timelines.

“There were stories of hats that rode the length and breadth of Australia, and hats battered and worn recalling achievements and wonderful times past,” she said.

Rotary’s national fundraiser and awareness day, which fell on October 10, was the largest event undertaken by Australian Rotary Health to shine a light on mental illness in Australia.

Keep zipped up and wee at home please