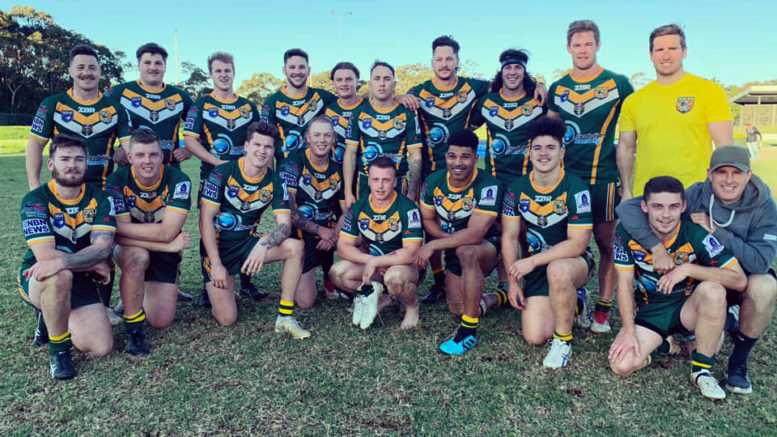 The Wyong Roos defeated the Maitland Pickers 60-nil in Round 11 of the Newcastle Toohey’s Cup to secure the Minor Premiership and book their spot in the preliminary finals.

Going into Round 11 off the back of winning the NSW President’s Cup, the Pickers were missing a handful of key players in their clash with the Roos and it showed, with the Roos scoring in the fourth minute, making the most of the Pickers’ depleted defense.

From there it didn’t get any better for the Pickers, with the Roos’ own defence blocking every effort they made to get on the scoreboard.

“Nick O’Meley had moved from wing to right centre for this match, and his strength and speed was problematic for the home team.

“Back rower, Wyatt Shaw, was also proving a handful on the right edge.

“Shaw was held up over the line in the ninth minute, but in doing so had drained several defenders from the defensive line.

“The Roos attacked the short side with O’Meley too powerful from short range.

A Jake Lewis and Lachie Hanneghan play brought that lead up to 20-nil going into halftime, with the Roos continuing their onslaught from the jump.

“The points continued to come for Wyong after play resumed, Lewis scoring his second inside the 42nd minute,” Williams said.

“The Roos were forcing Maitland to quickly retreat, and the Pickers kept conceding penalties because of that pressure.

“Jaron Purcell made the scoresheet with a try in the 59th minute.

“Aaiden Wright scored in the next possession set when quick hands from Dylan Clark created a three on two on his outside.

“Luke Sharpe engineered space for Shaw to score in the 61st minute and Shaw was on the spot to ground the ball in the 64th minute when the Pickers failed to secure a late tackle kick.

“Jack Burraston scored the last try of the match pushing up on the inside from a break down the left flank.”

The Roos attention now turns to their preliminary final clash with South Newcastle.

Having narrowly beaten the Lions in both of their meetings in the regular competition, Williams said the Roos were expecting a tough game come Saturday.

Future looks grim for league on the Coast