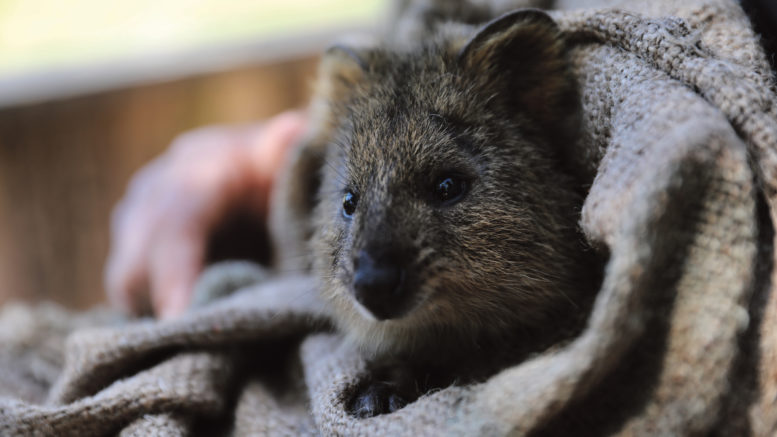 The Australian Reptile Park has welcomed its newest smiley resident, Clover the Quokka.

Clover was transported from Caversham Wildlife Park in Perth to be part of the Park’s nation-wide captive breeding program aimed at boosting the Quokka population.

These short-tailed scrub wallabies are known for their broad, smile-shaped mouth and friendly nature towards humans.

Australian Reptile Park Director and Ambassador for the Quokka, Tim Faulkner, said it’s impossible not to fall in love with these animals.

“They have this permanent smile on their face and they just always look so happy,” Faulkner said.

“Clover is no exception, and it has been a pure delight watching her settle in well.

“Quokkas have reduced in great numbers in South Western Australia due to feral animals like foxes and cats.

“Their stronghold is Rottnest Island where they are a protected species.

“Quokkas are currently listed as ‘vulnerable’ on the IUCN Red List of Threatened Species.”

Faulkner said Clover has settled in well and has been enjoying her new home with her new Quokka family, Basil and Coco.