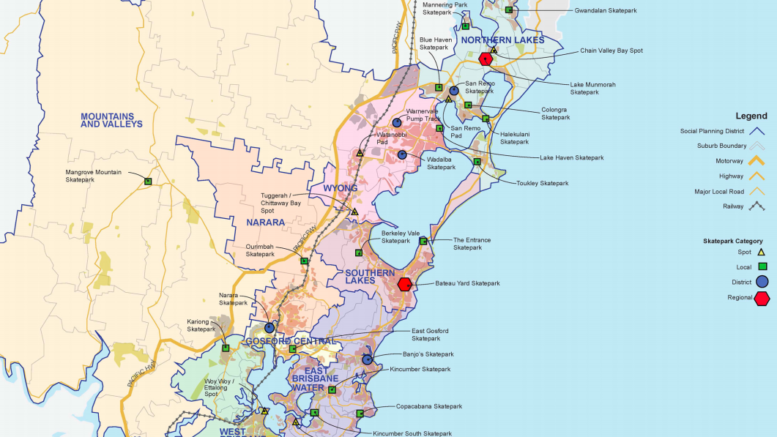 The exact location of the new Peninsula skatepark, which could be eight to 10 years away, has not been finalised but would be in line with the Council’s pedestrian access and mobility plan strategy.

A “spot” skatepark was described as an “incidental skate space or element integrated into urban spaces and places as opportunities to provide skate function”.

court or existing urban square, or in areas previously considered too small for a skate facility.”

They would generally be under 200 square metres, have limited function for multiple activities and events and be single focus.

They would be in urban spaces, sited adjacent to youth services, major public transport and town centres

The draft skatepark action plan 2020-2030 aimed to review the maintenance and development of the 26 skate facilities across the Central Coast, setting the direction for future provision of parks over the next ten years.

Plans to create a new regional skate park at Umina Beach were acknowledged with “development under way”, and the existing park deemed to be poor.

Empire Bay’s facility would be retained, with a short-term plan to create a pump track.

The draft skatepark action plan closes for comments on October 30, with submissions to be collected for a review process.

Street flags designed to ‘bring Ettalong back to life’