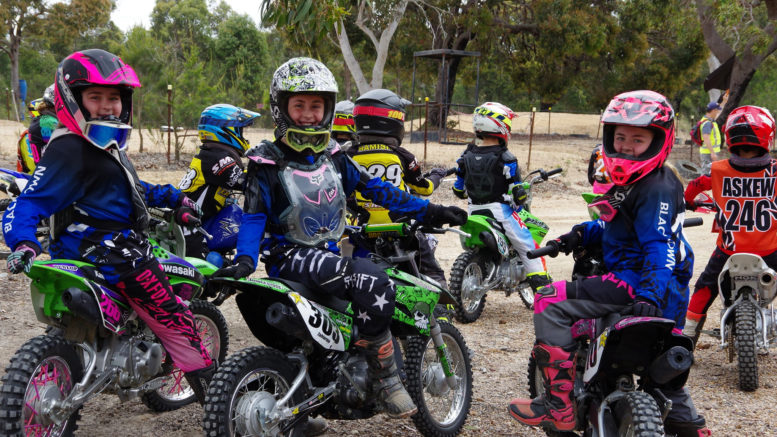 The pandemic may have robbed them of most of it, but the kids at Junior Trials Mini Cycle Club have ended their year on a high.

From October 17-18, the club hosted The NSW Minikhana Sports Committee’s annual race weekend, with over 300 riders from all six of the state’s junior trials clubs descending on their Crangan Bay course for a weekend of minikhana, motocross and enduro racing.

One of the biggest events that the club has ever hosted and the biggest they’ve held this year, Race Secretary, Katrina Hennessy, said the hugely successful weekend had reinvigorated members.

“We had to have four months off because of Covid and after that there was still around six weeks where we still weren’t sure if the event would go ahead or not, so we’re really happy with the result.

“The kids really only had a handful of chances to ride before we went into lockdown, so it was a great way to cap off our year,” Hennessy said.

And local riders did not disappoint, taking out a slew of podium places over the weekend.

Caiden Ward was a standout in the 50cc A Grade, taking out firsts in motocross and enduro to finish second overall in his grade.

For the uninitiated, minikhana motorcycling is an offshoot of the motorsport industry dedicated to developing the riding skills of junior competitors.

As the only club of its kind on the Coast, Junior Trials take that duty seriously, with children aged 4 and up able to learn to ride in a safe and controlled environment.

“Achieving exceptional control of a motorcycle is our aim, with an emphasis on skill development, including balance, weight transfer, throttle control and braking,” Hennessy explained.

The club has been operating since 1975 with a dedicated army of parents and motorsports enthusiasts doing their best to continue offering this family friendly orientated style of racing and club to the people of the Coast.

With a club race day in November to be their last event of the year, Hennessy said members were looking to the future, with hope that’ll it be business as usual following their Christmas break.