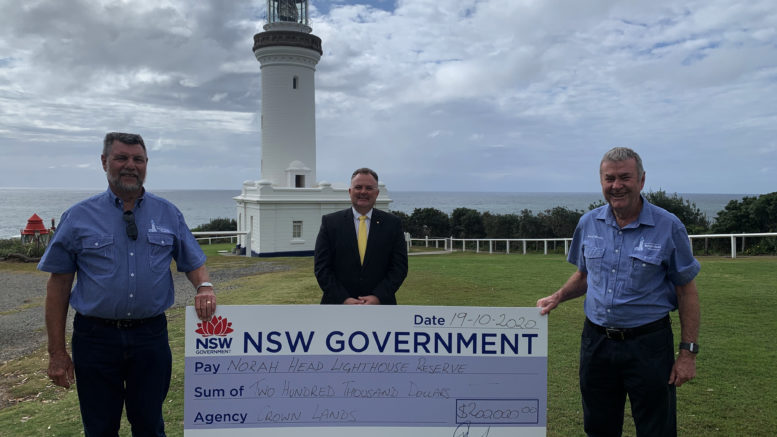 The heritage-listed Norah Head Lighthouse reserve will undergo an upgrade, thanks to $200,000 in NSW Government COVID-19 stimulus funding.

The lighthouse was built between 1901 and 1903 and is one of the region’s most spectacular icons perched on the headland with sweeping ocean views and a popular whale watching spot.

Its centenary was celebrated in 2003, and other than an upgrade of its light from kerosene to electricity in 1961, it has seen few major changes since first being built.

Parliamentary Secretary for Central Coast, Adam Crouch, said the funding would boost the functionality and appeal of one of the region’s heritage and tourism icons.

The COVID-19 stimulus funding will allow for construction of a new workshop for the reserve’s volunteers, to be located adjacent to the former stables building.

“The addition of the workshop will free up the former stables building and allow it to be considered for potential adaptive re-use, to improve facilities and the experience of visitors to the reserve,” Crouch said.

“The funding will also allow for upgrades to access roads on the reserve which are in need of maintenance and help to prevent coastal erosion near the lighthouse itself.”

“The reserve is a popular visit spot for both locals and tourists and a location of both heritage and environmental significance, so this funding is an important investment in its future,” she said.

Gosford, News, On the Beat

Gosford Police Station to be upgraded