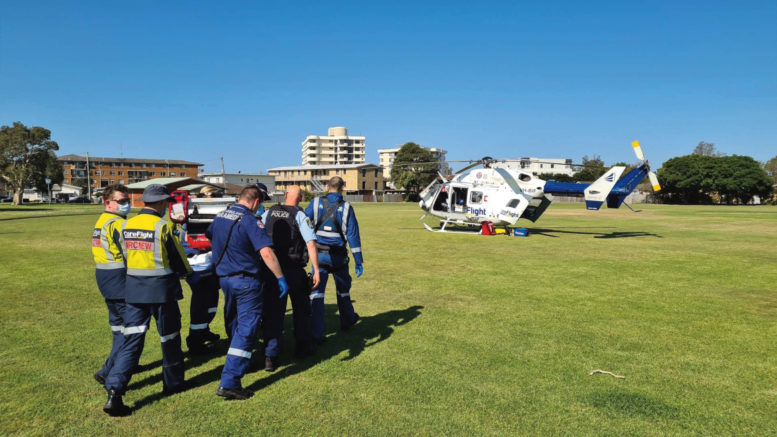 A 6-year-old boy is recovering in hospital following a near drowning at The Entrance on Sunday, October 5.

It’s understood the child was swimming in the channel near Marine Pde, before an onlooker pulled him unconscious from the water.

“According to witnesses at the scene, the boy was swimming when he was swept out from the shore and was initially unresponsive when he was pulled from the water by members of the public, who immediately commenced CPR.

“Once stable, the boy was transferred to a road ambulance and taken to nearby Shore Park to meet the CareFlight helicopter.

“He was flown to The Children’s Hospital at Westmead Hospital in a stable condition,” a CareFlight spokesperson said.