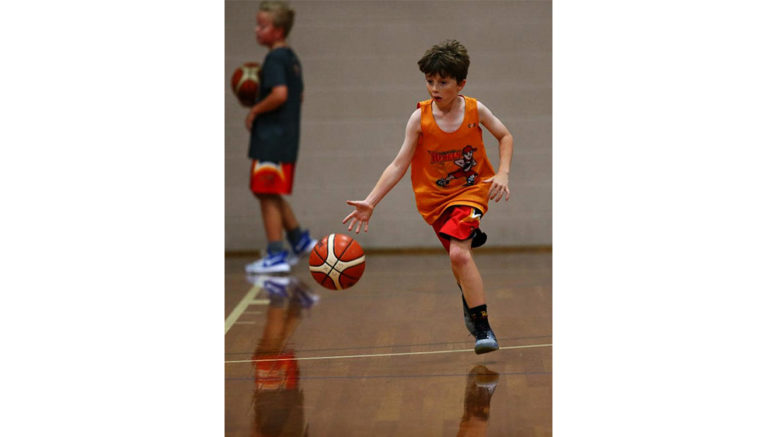 Open to girls and boys in the Under 12’s and Under 14’s brackets, the Central Coast Showcase is set to commence at the end of October and is being heralded as the new first step in CCB player journeys towards representative play at an elite level.

Taking place over two days, the Showcase is a combination of camp based teaching and round robin competition and is likely to be the first exposure athletes have to the style of play that proliferates throughout Australia.

According to CCB Operations High Performance Manager, Jared Scoines, for many, the Showcase will also be their first real exposure to the demands of player development, specifically those values and abilities that separate high performance athletes from other players.

“Day one of the Showcase is three hours of camp teaching where athletes learn the value (and techniques) of being able to shoot the ball.

“The master skill of shooting continues to be the defining factor separating good basketball players from the absolute elite.

“Across the day athletes are also exposed to a variety of decision making, style of play and gameplay scenarios, all of which feature heavily in our club’s philosophy.

“Following the day of teaching and learning, athletes are charged with homework before returning to camp,” Scoines explained.

“Day two of the Showcase is the round-robin, however, it looks a little different than a regular game.

“Coming back to our goal for starting the Showcase – tangible player development – a number of rule and regulation changes will feature in the game play,” he added.

“The Showcase has been designed to introduce athletes to the skills and concepts that are prevalent throughout Australian basketball.

“Tied directly to the player development and expectation philosophy that is valued by CCB, the event puts athletes in uncomfortable situations where they will be asked to experiment with a variety of skills and abilities that are unfamiliar to them.

“All athletes will be encouraged to play fast, with great spacing, flare and unselfishness, and when it is their turn to shoot the ball, have great confidence in shooting, make or miss,” Scoines said.

With all that in mind, Scoines said there are five traits valued above all else when describing the very best CCB athletes.

They are: Competitiveness – they are ruthless in their desire to not only win but see individual improvement.

They keep the ball in front of them and do not get screened.

Decision Making – on both the offensive and defensive ends, these athletes continuously make the correct decision and they get there by being coachable.

The Under 12’s Showcase will run from October 24 to 25 at Breakers Indoor Sports Stadium.

The girls will have the AM session with the boys taking the PM.

The Under 14’s Showcase will run from November 7 to 8 at the same venue.

Session times are same as the Under 12’s.

Times for Day 2 of both showcases will be confirmed closer to the dates.

For more information about the showcases visit CCB’s website.

Sports report – Around the Grounds

Australian Under 20 championships to be held at Basketball Stadium