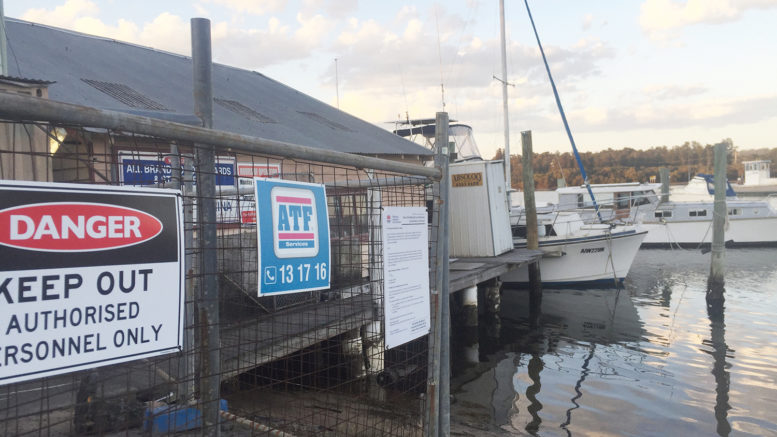 The fenced off marina

A historic boatshed at Empire Bay may be saved after a community group gathered almost 600 signatures for its preservation.

The boatshed was scheduled to be demolished after the State Government revoked the licence of the Empire Bay Marina which occupied the shed.

Petition organiser Mr Errol Baker of the Save Empire Bay Boatshed group said that meetings with NSW Crown Lands and Member for Terrigal Mr Adam Crouch had given the shed “a 50-50 chance of survival”.

“This is better than we had three weeks ago,” Mr Baker said.

“The shed deserves to be there.

Mr Baker said the community group was now waiting for a report from Crown Lands about the condition of the local heritage-listed shed.

“It’s been a united effort, and without community support this wouldn’t have happened,” Mr Baker added.

If NSW Crown Lands gave the go-ahead to save the shed, Mr Baker said future plans could involve the site being used as a self-funded community asset.

He said the site could potentially be used by up to six community groups, including Empire Bay fishing club, Central coast rowers. Transport Heritage Australia and the Men’s Shed.