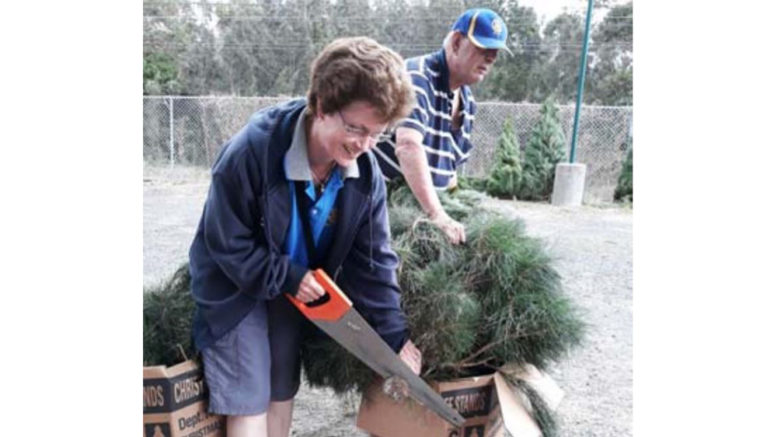 Proceeds of sales of Christmas trees by the Rotary Club of Woy Woy have been donated for the past 10 years to Grandparents Raising Grandchildren.

“The grandparents were given the opportunity to have discussions, tai chi, massage and relaxing morning teas,” Ms Redmond said.

“The kids had a ball, and the older children were camp leaders and assisted the younger children.

“It was really heart-warming to see, and hear how we have been able to make a difference in the lives of both the grandparents and grandchildren,” she said.

Funds donated to Grandparents Raising Grandchildren from the sale of Rotary Christmas trees help to deliver social and supportive events like the Lake Macquarie camping trip.

Last year the Rotary Club of Woy Woy raised $5371.58 for the organisation.

There were currently 200 grandparent families in the database, with 10 to 11 families at any one time receiving support.

Ms Gunn said there was no targeted funding for Grandparents Raising Grandchildren and was heavily reliant on donations.