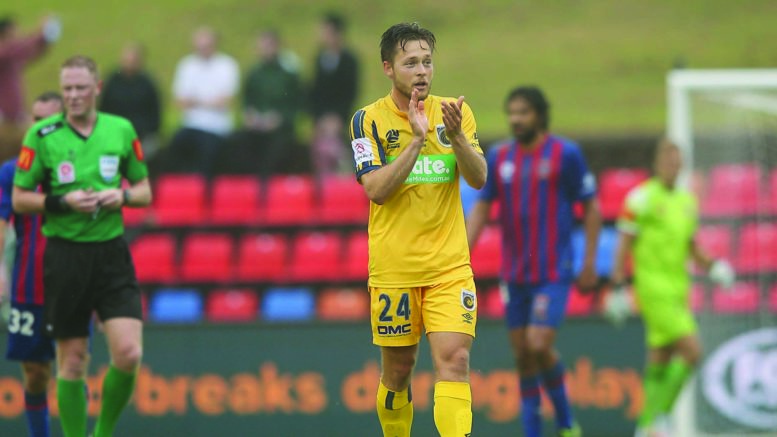 The Central Coast Mariners have confirmed the retirement of Chris Harold from professional football, effective immediately.

The 28-year old, who joined the Mariners in the January window and debuted in the 49th F3 Derby, will instead pursue a career in law for which he has finished his university studies.

Harold scored twice and assisted once in his short stint with the Mariners before the Covid-enforced break earlier this year, and despite signing a new two year contract before the hiatus, made the decision not to return for the season remainder.

During time off back in Perth, Harold came to the decision to retire and is adamant that it is the right call for him.

“For me, the decision was one of excitement and fond reflection,” Harold said.

“It’s not as if football will suddenly cease to be a part of my life, it will just take on a new role.

“This whole Covid period has given people a chance to take a step back and reflect on their lives in their current form and the mental clarity that came with the time away helped me understand that my priorities had changed and it was time to move into the next phase in my life.

“I maintained a law degree for nine years whilst I was playing.

“That’s a hell of a lot of work on top of being a professional athlete, but now I have had the power to make my own decisions for me and my family and not felt tied down by people within the game.” Harold retires as the games record holder for Perth Glory, who he played for prior to the Mariners, and Mariners’ Head Coach, Alen Stajcic, wished him the best of luck in his next chapter.

“Chris was only with us for a short period but during that time his professionalism and work ethic were clear to see, and he was a great addition for us.”

One Culture Mariners to be launched