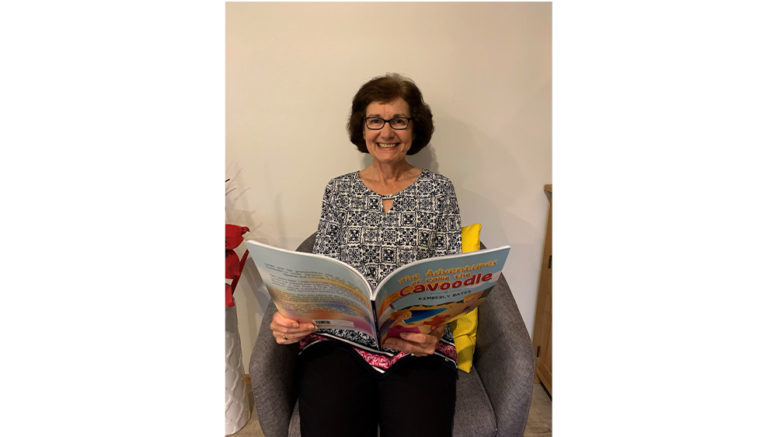 Kimberly Bates, author of The Adventures of Callie the Cavoodle

Lisarow author, Kimberly Bates, has published her first children’s book by merely corresponding with an overseas publisher via email.

The book titled, The Adventures of Callie the Cavoodle, is a non-fiction story about the adventures Callie and his owner, Linda, have on the Central Coast.

The 100-page chapter book is set to be released on October 30, and Bates said it’s aimed at children aged seven to nine.

“I have wanted to write children’s stories ever since high school, but I have never had the time or the opportunity until now as I am retired,” Bates said.

“I love kids and children’s stories, and I wanted to start writing as soon as I could.

“I got the idea for the story when I was out one day for a walk with my friend and her Cavoodle at Terrigal Haven.”

The publishing process was organised through emails back and forth between Bates and a publisher in London.

“I am guessing they are all working from home,” she said.

“This process was great because everything flowed.

“I have always worked with children in all sorts of jobs; teachers aid, out of home care, before and after school care.

“My main aim was to write something enjoyable and happy.

“My secondary aim was to extend children’s language and also showcase the Central Coast.”

The Adventures of Callie the Cavoodle is the first book of a three-part series.

“The first book does not include many moral teachings as I wanted it to be a happy and joyful read for kids, but the second and third books may have some other themes,” bates said.

Turned on its head theatre experience at The Art House

Aqua Park is back for fifth summer