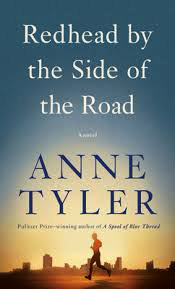 Micah Mortimer is a tall, slim man with poor posture and scruffy clothes, in his early 40’s and who runs his own tech company (not big tech, more like helping your grandmother with her computer tech).

He also is the caretaker for a small apartment building outside Baltimore.

One of the perks of being the caretaker is that he gets to live in the basement apartment rent-free.

He has been dating Cass for a few years, but they live separate lives.

He has never been married and has no children.

He doesn’t have male friends, but he has a lot of sisters.

He has a daily routine and he likes things just so.

Each morning he gets up and runs.

He doesn’t don any fancy running gear, just a pair of simple sneakers, cut off shorts in warmer weather and jeans when it is chilly.

He doesn’t wear his glasses when runs, but his vision has deteriorated, not from an eye disease but just because he is getting old.

In fact, Micah does everything carefully and methodically … and regards this as a great virtue.

Every day on his run he mistakes the fire hydrant for a little redhead on the side of the road, “Because even though he knew by now it was only a hydrant, still, for one fleeting instant he had the same delusion all over again, every single morning.”

After his run he will shower and prepare breakfast.

After breakfast he will soak the dishes while tidying up the apartment, he will vacuum under the table in case any crumbs have fallen: “It was Micah’s personal theory that if you actually noticed the difference you made when you cleaned – the coffee table suddenly shiny, the rug suddenly lint-free – it meant you had waited too long to do it.”

As he attends to his chores he likes to talk to himself in German or Russian accents – it can get quiet in the apartment.

Some time in the morning his phone will start ringing for people looking for the Tech Hermit – older ladies and gentlemen hoping they can get their computers to work, their printers to work, uncover missing passwords.

He wrote a book, First, Plug It In.

It sells well at the local bookstore, but he won’t be able to retire on the proceeds.

Micah’s world will tilt on its axis when he comes home one day to find a teenage boy sitting on his stoop.

The boy’s name is Brink, he is the son of one of Micah’s college girlfriends and Brink believes he is Micah’s son.

This will start a chain of events that puts Micah’s perfectly routine world into chaos.

Cass breaks up with him.

He will come to realise that the reason he is alone may not be the fault of his past relationships and he will have to start looking at himself.

During his morning run “He momentarily mistook the hydrant for a redhead and gave his usual shake of the shoulders at how repetitious this thought was, how repetitious all his thoughts were, how they ran in a deep rut and how his entire life ran into a rut, really.”

This was a lovely story.

Micah is such a likable character who thinks he is happy, “Really his life was good … he had no reason to feel unhappy.”

He was so caught up in his routine he restricted his life and limited his relationships.

But, of course, it is fraught to expect everything to be perfect.

Anne Tyler has cleverly introduced us a very ordinary, forgettable character with a very ordinary life and shown us, through the arrival of Brink into the equation, just how extraordinary the inner workings of even a very ordinary person can be.