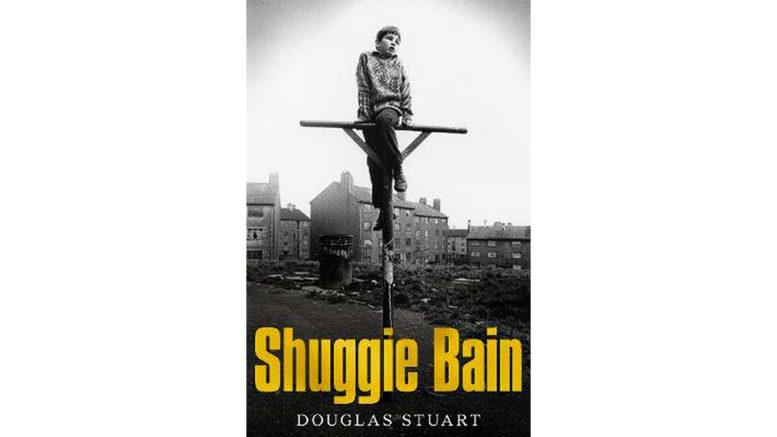 We first meet Hugh (Shuggie) Bain when he is 16 working at a deli counter at a supermarket and living in a tenement with a shared bathroom.

The story is all about how he got there.

The mines were closing, and life was tough: “The land had been turned inside out … The black slag hills stretched for miles like the waves of a petrified sea.”

Agnes packed up her two children in the dead of night to leave her first husband to be with Shug, who drives a taxi.

Shug left his wife and “fo-wer…weans” to be with Agnes.

Agnes’s first husband adored Agnes and tried to be a good husband and father but Agnes dreamed of more and thought Shug could provide it.

Now Shug, Agnes and the children live with Agnes’s parents.

Her Mum and Dad think she should be able to control it, like they have, if you don’t count the drinks they sneak.

Agnes knows what he does with her friends when he drives them home, because it was how her own relationship with him began.

Agnes thinks she is going to get a new start in Pithead, but when Shug moves the family there, he leaves to be with someone else.

There is nothing to stop Agnes drinking now.

To escape, Catherine marries young and moves to South Africa.

Leek, a who is a natural born artist, sticks around hoping things will change.

A very sad moment comes when the reader realises that Leek received an acceptance letter to study fine arts, but if he left who would protect Agne?

There are a lot of people that will take advantage of a drunken, attractive woman.

Agnes does get sober for a year.

Agnes gets a job and attends AA meetings – things are looking up.

She meets Eugene, another taxi driver, and he takes a fancy to the good-looking Agnes, but he is uncomfortable with her sobriety.

They go to dinner and he pressures her to have one drink, “Because it’s what normal people do.”

Alas, there is no such thing as just one drink to an alcoholic.

Agnes spirals downwards, Eugene tries to stick around but ends up telling Agnes, “I don’t like ye when ye’ve got a drink in ye.”

Agnes knows they were done.

In one of Agnes’ drunken rages she throws Leek out.

Shuggie is now alone as he cares for Agnes.

He constantly cleans her up after her binges.

He misses school to cash the dole checks.

He has no friends.

He is constantly bullied for his effeminate ways.

Agnes lies to Shug and says she will stop the drink.

He lies to Agnes by saying he will try to be more normal.

I had trouble following some of the dialogue in the beginning, but once I put a Scottish accent in my head it became easier.

There is abuse, rape, addiction and poverty.

At times, there is also hope.

I felt so sad reading it there were times I had to put it down and walk away because I was getting emotional.

There is something so touching about Shuggie’s unflappable love for his mother as she deteriorates before him – I wanted to rip through the pages to give him a hug.

And for evoking that kind of emotion, the author must be commended.

It is a great debut book by Douglas Stuart which has been shortlisted for the Booker Prize.