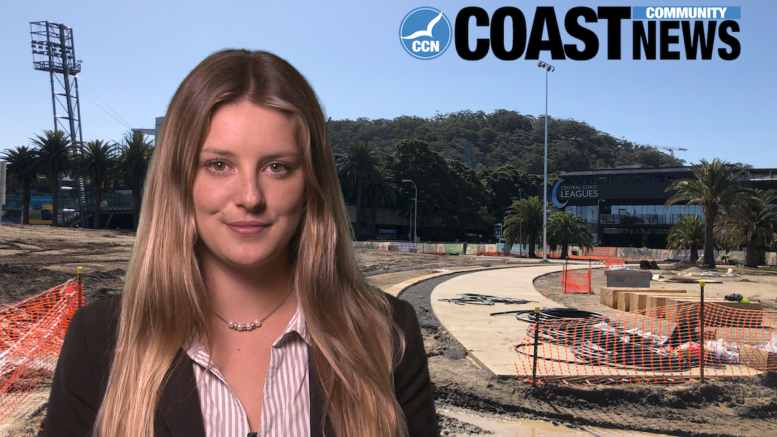 The Central Coast Marine Discovery Centre in Terrigal has received a $1million upgrade, with the Deputy Premier John Barilaro visiting the Centre on Wednesday. His visit became overshadowed, however, with the Deputy Premier opening a political can of worms when he threatened to pull the Nationals out of the coalition over new koala habitat protection measures. Barilaro said his party would no longer support Government legislation on the law, which would make farmers responsible for protecting koala habitat on their properties.

And overnight, Premier Bererjiklian made it clear that National Party MPs that sit on the cross-bench could no longer serve as Ministers in her cabinet, a move that is likely to cause some discord among the junior coalition partner. The Deputy premier has since withdrawn his threat to join the cross-bench.

With the risks of a deepening of recession, all levels of government have turned to infrastructure to bolster the local economy, and this has become evident right here on the coast.

First cab off the rank this week, Wamberal and Terrigal primary school have collectively received 25 flexible learning spaces, plus upgrades to the halls and administration buildings. All classrooms are equipped with state of the art digital technology and the Minister for Education Sarah Mitchell was joined by Parliamentary Security for the Central Coast Adam Crouch for the openings.

Earlier in the week, Coast Community News was invited to look at the progress of the 10 million refurbishments of the new Leagues Club Field Gosford, with plans to open in December. The park will include an innovative tidal pool, picnic areas, barbecue facilities, pedestrian paths, and nature-inspired play areas.

Looking a little further north, more than 300 Bateau Bay residents have petitioned the National Parks and Wildlife Service in protest against a proposed fence along the boundary of Wyrralong National Park. Residents say the fence would limit access to the popular Coastal track between Bateau Bay Beach and Crackneck lookout, suggesting that putting the money towards track repairs would be more beneficial. See the full story in this week’s Chronicle or online.

Last week we looked at the difficult to read employment figures from the Central Coast. One figure that is clear is that youth unemployment has been stubbornly high across the Coast for years. Young people have been hit particularly hard in the current circumstances with reports that apprenticeship and traineeship numbers have taken a tumble over the last 6 months. We talked to Paula Martin of the NSW Business Chamber about this earlier this week.

Be aware that online scams are on the rise across the region. With several readers reporting a scam where a fraudulent text message purporting to be the Australian tax office, The text threatens to arrest and cancellation of the person’s tax file number. Be aware the ATO never cancels a tax number or threatens arrest. More info on how to report these scams can be found on the government’s scamwatch website. Scamwatch.gov.au

CCN is searching out more green shoots of recovery JC, locals Sam Shearer and Reed Plumber are part of an entrepreneurial start-up called D’bris Shoes , who are making shoes made from ocean plastic and car tires. A Kickstarter campaign launched recently has already raised AU$ 26,097, with a goal to reach AU$ 40,793 goal by next Wednesday.

Remember that the sustainable industries showcase is on next Friday & Saturday and features a series of local companies doing remarkable things in the sector. Plate to Paddock is one business making a real mark in the food industry locally.

Minister for Women, Marise Payne, took time from her constant global schedule of ZOOM meetings to have lunch with a small group of women on the Central Coast today. Invited by local member, Lucy Wicks, Senator Payne – who is also Australia’s Foreign Minister – heard how women working in the community, business, and government are coping with the fallout of COVID 19. She listened to stories about the gendered impact of COVID – from homelessness, and domestic violence to mental health and loss of business. The Minister clearly appreciated the stories shared from the heart,  saying it was one of her nicest days in a very difficult year.

Pete Rush has done it again, with his latest sculpture on Cochrane lagoon at Macmasters paying tribute to local Author, Nina Angelo. ‘Don’t Cry, Dance’ is Angelo’s newest self-published book, telling the true account of her parent’s story of survival and love during the Holocaust. Rush said he became fascinated by Angelo’s story, deciding to use it as inspiration for his 16th sculpture.

Thanks JC, A little bit of history was made at Wyong Race Club over the weekend, with Rachel King becoming the first-ever female jockey to claim the Wyong Cup in the 122nd running of the prestigious race. The talented rider made a clean sweep of both feature races as part of the 2020 Carlton Draught Wyong Gold Cup Day Program, taking out $160,000 on the Richard and Michael Freedman trained Paths Of Glory and the $140,000 prize in the Listed Bishop Collins Accountants Mona Lisa Stakes, riding Asiago for Godolphin.

The Central Coast Heart have maintained their unbeaten record in the Premier League Netball Competition this season with another win, this time over GWS Fury in their Round 8 encounter on Wednesday night. Fort the Opens team, it was the tightest match so far season, but a huge fourth-quarter performance saw them pull away and take the win 60-53.

On to weather and it looks like that will be the last of the rain for at least over the weekend. Tomorrow will start off with areas of fog but will be clearing into a Mostly sunny day with tops of 21 in Gosford and 18 at the Entrance. Winds north to northwesterly at 15 to 20 km/h will turn northeasterly reaching 25 to 35 km/h in the afternoon. Sunday will be partly cloudy with tops of 24 in Gosford with only light winds in the morning.

And it was RUokay day yesterday and the CEO of Coast Community Connection’s Bruce Davis is reminding coasties to reach out, check-in and stay connected with those around you.

More details on all these stories are available on our website and remember to pick up a copy of this week’s Coast Community News issue number 259 and Coast Community Chronicle 205.

We leave this week with a tune from the talented young local, Sam Windley, who’s song ‘Neighbours in the Morning’ reached the top 6 out 17hundred entries in the triple j unearthed high school competition. We are sure you will enjoy her tune as much as we do, thanks for watching.