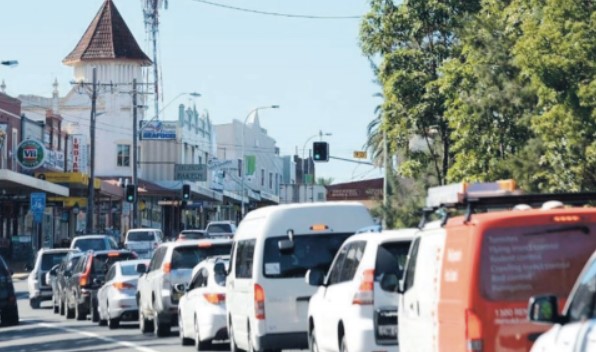 Detailed design for the upgrade of the Pacific Highway through Wyong Town Centre will start in the second half of 2020.

There is no start date in sight and there is no timeframe for construction of the project.

Transport for NSW is planning to widen the highway to two lanes each way through Wyong, extending from Johnson St to Cutler Dr.

So far, the NSW Government has invested $31M towards necessary property acquisitions to make way for the new road.

Shadow Minister for Central Coast, David Harris, said the State Government had always said that when the M1 Motorway was finished they would then move to the road through Wyong.

“I would be expecting in the November Budget that there would be significant funding to begin the necessary works for that project,” Harris said.

During an on-site visit on August 28 to another major Pacific Highway project at Lisarow, Parliamentary Secretary for Central Coast, Adam Crouch, said the highway upgrade through Wyong Town Centre was another great project and that the government had already done a lot of work.

“Wyong is another very complex project and when you’re talking about rolling out a project through a town centre you have to get it right the first time, because the impact that it will have during construction will be significant,” he said.

“A lot of work has already been done and I know that now all the acquisitions have been completed.”

Crouch said he was in constant conversation with the Minister for Regional Roads and Transport, Paul Toole, to ensure that the Central Coast community got its fair share of roads funding from the NSW Government.

“I know the Wyong upgrade is high on Minister Toole’s radar, and mine too,” Crouch said.

“I thank the business chamber and the locals for all of their input and we will keep the community informed as the project progresses.

“This government has already delivered almost $1B worth of road investment from one end of the Central Coast to the other, whether it be Maitland Bay Dr on the Peninsula, Central Coast Highway at Bateau Bay, the Pacific Highway at Ourimbah and Lisarow or M1 upgrades, we are very proud of what we’ve been delivering for people on the Central Coast,” Crouch said.

The $178M Pacific Highway upgrade through Lisarow is on schedule and a $387M Central Coast Highway project from Bateau Bay to Tumbi Umbi is ready to progress, following the community consultation phase.

“The $387M roadworks on Central Coast Highway is the single biggest dollar value road project ever committed to on the Central Coast,” Crouch said.