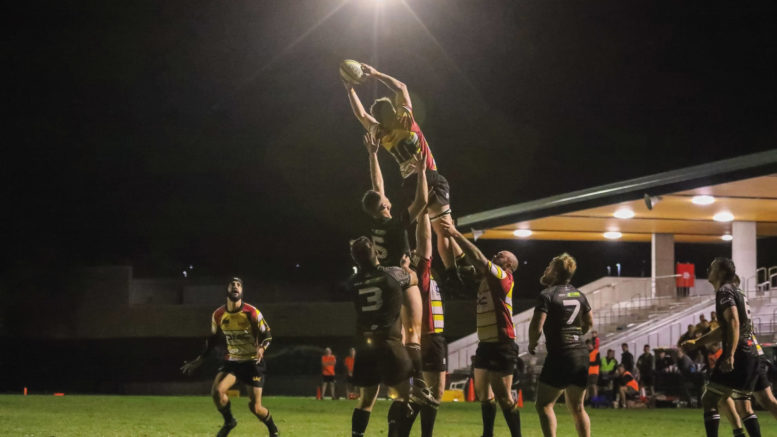 The Lakes have booked themselves a place in the major semi-final next week against defending Premiers, Terrigal, after a thrilling victory over Ourimbah at Woy Woy Oval.

After a tight arm wrestle early on, the match opened up into a free-flowing spectacle with the action shifting from one end of the field to the other.

The Lakes posted first points with a penalty goal, shortly followed by a try to winger, Laufiso Vaisagote.

Ourimbah responded with their own penalty goal but The Lakes prop, Tim Poese, crashed over for a second try in the 29th minute and, when Lathan Hutchinson-Walters landed another penalty just before half time, The Lakes went into the break with an 18-3 lead.

The Lakes opened the second half again full of running and when they posted their third try to extend the lead to 23-3, the game looked all but over.

Then came the fightback from Ourimbah in the final 15 minutes.

Two converted tries in the space of 10 minutes, the first to Jack Stonestreet and the second to No. 8 Rob Peden tries, and the Razorbacks were suddenly within six points of their opponents.

Five enthralling minutes then ensued in which Ourimbah almost scored on several occasions before The Lakes held on to take out an epic victory.

Fullback Macui Raulini and No.8 Va Talaileva had huge games for The Lakes, while Ourimbah were best served by Rob Peden, and forwards Josefa Biu and Jordan Clarke.

The match proved to be a war of attrition after Avoca Beach eventually opened the scoring in the 18th minute of play with a penalty goal.

Hornsby squared things up with a penalty goal and then posted two more before half time to go into the break leading 9-3.

The strong defence of both teams continued in the second half and it was not until the 26th minute that Hornsby crossed for the first and only try of the match – a 70 metre effort from winger Leone Naisorotab after latching on to an intercept pass.

Both teams had several good players.

In the Women’s 10s Minor Semi-final, Avoca Beach prove too strong for Woy Woy running out winners by 30 points to 5.

Avoca Beach ran in 5 tries to one and were very much the stronger team on the day, marked by an outstanding game from Taylah Welsh, who scored two tries.

The Lakes have all three grades in Grand Finals