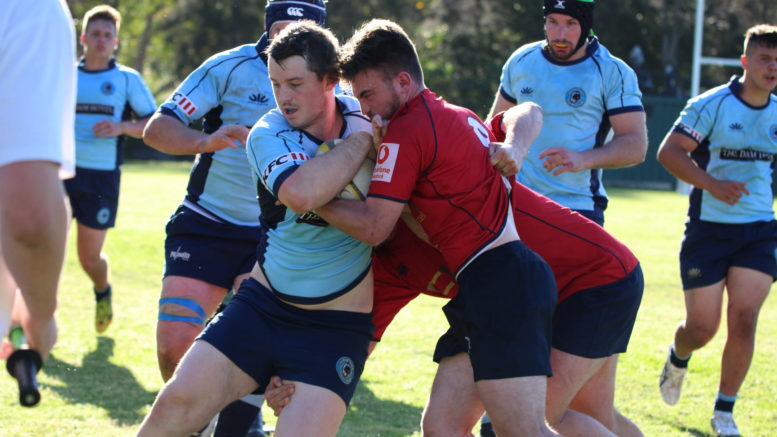 Warnervale and Gosford displayed some of their best rugby all season Photo: Warnervale Rugby Club

The finalists in Central Coast Ruby Union’s First Grade Competition have been confirmed following the conclusion of the regular competition in Round 9 over the weekend ending September 13.

Terrigal, Ourimbah, The Lakes, Hornsby and Avoca are this year’s top five, in that order, with the weekend’s results setting the stage for a blockbuster finals series according to CCRU President, Larry Thompson.

The Lakes proved too strong for Hornsby in their fixture, running out winners 23-5, off the back of an indomitable first half performance.

Going into the second half leading 20-nil, Larry Thomson said that there was little Hornsby could do to recover.

“The Lakes were able to cross for three tries in that first half while Hornsby were simply unable to secure any points.

“Best players for The Lakes in the match up to that stage were Macui Rauluni, Tyson Watene and Laufiso Vaisagote, but generally, the whole team played well in that first 40 minutes,” Thomson said.

While the second half proved to be a more even affair, with Hornsby outscoring The Lakes five to three, it was not enough to undo the damage wrought in the first half.

Ourimbah also secured a comfortable victory in their fixture, running out winners over Kariong, 66-19.

Thomson said Ourimbah controlled the match from start to finish, with a beleaguered Kariong going into the match knowing that it would be an uphill battle.

“Kariong were hit hard with injuries for this encounter and it was always going to be a difficult day for them.

“However, they did not stop and were able to post three tries in the match,” Thomson said.

With Round 9 their final match of the season, Warnervale was hungry for a win in their clash against Gosford, with both teams putting on a spectacular display of rugby.

Warnervale opened the scoring, but it was Gosford that found themselves with a 17-5 lead at halftime.

Despite outscoring Gosford in the second half, 14-12, like Hornsby, Warnervale could not overcome their first half deficit, with Gosford bagging the win 29-19.

The results see Avoca Beach poised to meet Hornsby in the minor semi-final on September 19, followed by an Ourimbah versus The Lakes thriller.

Whoever wins that match will be fast tracked to the October 10 grand final, with their fellow competitor to be decided in the preliminary final matches, weather permitting.

Nine try nailing by The Lakes