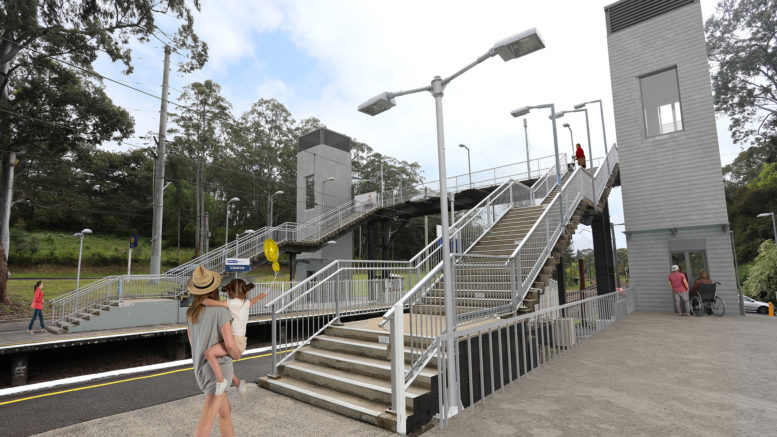 An artist’s impression of the Lisarow station upgrade

Commuters have been waiting a long time since major upgrades at Lisarow and Narara railway stations were promised in the lead-up to the 2019 State election, and now the works are set to go ahead.

Parliamentary Secretary for the Central Coast and Member for Terrigal, Adam Crouch, said the work was being delivered through the NSW Government’s Transport Access Program.

“The proposed upgrades will make access at Lisarow and Narara Stations easier for train customers, including people with a disability, limited mobility, parents and carers with prams and travellers with luggage,” Crouch said.

“They will also ensure our local stations improve the customer experience and provide room for future growth on the public transport network.

“While both sites remain subject to the final planning approval, a contract has been awarded to Haslin Constructions for the design and construction phases.

“Enabling works, which include services investigation and site establishment, will begin in the next few weeks.”

The Lisarow station upgrade is proposed to include, among other things, two new lifts connecting the platforms to the existing footbridge, a new accessible parking space; a ‘kiss and ride’ space in the Railway Cres commuter car park; a new ramp from the Pacific Hwy pedestrian footpath and CCTV and PA system upgrades.

Narara station will see two new lifts connecting the platforms to the existing footbridge; a new accessible parking space; a ‘kiss and ride’ space in both commuter car parks; a new path from the station to Narara Valley Drive and the relocation of a southbound bus stop on Narara Valley Drive.