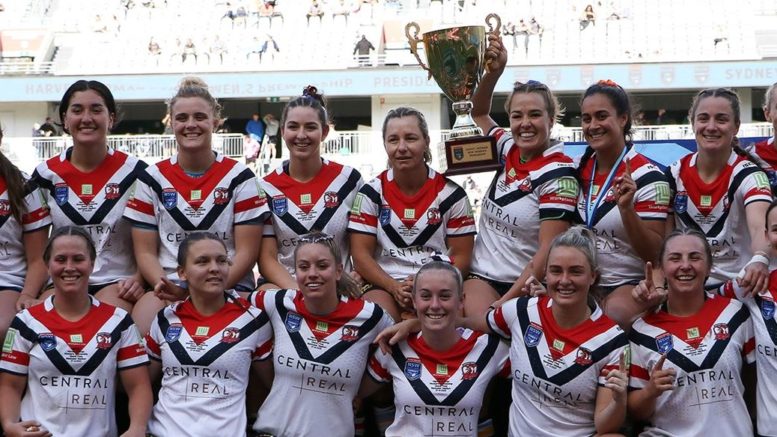 The undefeated Roosters took the title following a 16-10 win over the North Sydney Bears, in front of an emphatic crowd at Parramatta’s Bankwest Stadium over the weekend.

Despite the Roosters taking a 10-nil lead early in the first half, their opponents were never deterred and were able to get their first points on the board just before halftime.

From the jump, a resolute Bears outfit continued to push for the upset in the second half and were able to close the points gap off the back of a Moniqca Mo’Ale try and a Chloe Leaupepe conversion, to bring the scoreline to 14-10.

With injury rocking both sides shortly after, with Claire Reed out for the Roosters and Leaupepe for the Bears, what followed was a tightly contested tussle with neither side giving the other an inch, and no further points posted as the match entered quarter time.

With the clock winding down and the premiership still very much up for grabs, both sides became locked in a back and forth of chase, tackle, defend, as they looked for the valuable points they needed to keep their title dreams alive.

It was the Roosters who found what they were looking for when a last minute penalty kick from Melanie Howard, right on the siren, secured their double premiership.

It was the cherry on top of a phenomenal season for the Roosters after uncertainty around COVID-19 clouded their debut season, but according to Head Coach, John Strange, said, after seeing players’ efforts this season, he had little doubt they’d pull through.

“I knew that if we were good enough to get into the grand final, that attitude would actually get us over the line.

“There was really good team spirit amongst the girls and the staff was unreal, so everyone involved just had the right attitude.